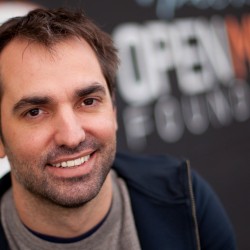 Occupation: Founder and Executive Director of the Open Media Foundation

A little about yourself:  I’m a fan of Denver (and naturally of Dear Denver as well).  I’ve lived here 38 years, much of that delving deeply into the Denver arts & culture, and there’s much to be appreciated.  I like local music, local film, local comics and artists. My music rotation (CDs, phone playlists, etc.) is dominated by Denverites.  I love the parks more than I love the mountains, and I love being active with groups of people.  I’m a huge fan of outdoor movie screenings, though in my opinion they always pick safe/shitty films for outdoor screenings.

Favorite restaurant in Denver: Domo outside in the summer.  Dazzle on Sunday mornings.

Favorite watering hole in Denver: I’m not a big drinker, but I love City O’ City.

Favorite overall place in Denver: If I had to pick one… maybe the SIE FilmCenter

Best new trend in Denver: All the bike-centered events.

Worst new trend in Denver: I tend to like the changes occurring in Denver. The Punch Bowl Social broke my heart a little, but I wouldn’t say that’s part of any trend.

A friend has three hours to kill in D-Town, what should they do? Depends on the day, of course.  If I had to pick a strip of shops/bars/restaurants to wander, I’d pick South Broadway.

Go-to drink in a bar: Shandy (lemonade and beer).

Favorite US city that is not Denver: Commerce City?

New, proposed slogan for Denver: Can we delete this one? I don’t relate to it.

The now-closed restaurant/bar/business in Denver that you miss the most: Tie for Monkey Bean and Monkey Mania

Anything you want to plug: I’m a fan of the local film scene, so I’d plug the Emerging Filmmakers Project at the Bug, First Friday’s Live at Denver Open Media, the Open Screen Night at the Oriental, the OMF Film Coop, and whatever Jason Bosch or Evan & Adam Nix are up to. 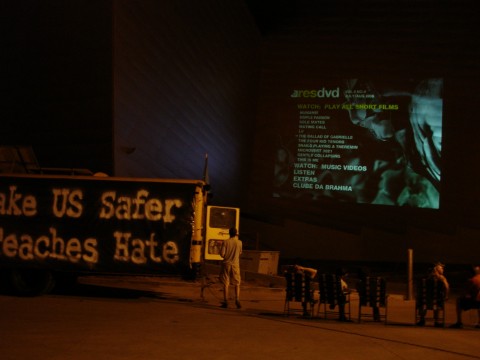