Just kidding.  That was last week, silly!  And hopefully everyone has recovered.  So now what?

When’s the last time you went to the theater?  How about to a kick-ass local independent theater?  Well, this insanely cold weather and the opening of Jugged Rabbit Stew should give you a good excuse.  In JRS, Buntport Theater collaborates with Adam Stone (Screw Tooth) for a musical about love, deception, and Hungry-Man TV dinners.  What more could you ask for in an evening of entertainment?  Jugged Rabbit Stew opens on Friday, February 7th at 8pm, and runs through Saturday, March 1st.  Tickets are $16, $13 for students and seniors.  Check the site for special opening/closing night information and pay-what-you can nights.

Spend part of your first Friday at True Love Shoes and Accessories for pink champagne, discounts, and a chance to win one of two Valentine gift packages, worth $100 each.  Plus this month, enjoy 40% off boots, an amazing $12 shoe selection, and $5 winter accessories!  FREE.

Remember picture day at school?  You dressed in your favorite fancy outfit and made sure your hair looked just right?  In partnership with New Belgium Brewing and their new beer, Snapshot, you’ll have another opportunity to get your class photo taken.  Right.  Josh Mickelson and Annie Rue will be performing after Picture Day.  FREE.

Knotty Tie Co. is turning one, and they want you to come help them celebrate.  Come check-out their new space, their new bow ties (complete with free bow tying lessons), live music from Poet’s Row, and FREE beer.  Haaaaaaay…

You’ve already hit up a handful of First Friday events and are just buzzed up enough to start dancing…now what?   Cue Guilty Pleasures – a party dedicated to cheesy awesome dance jams.  When in doubt, grind it out.  Plus, if you haven’t been to the Lost Lake since it has changed ownership, the back room is now decked out with a stage and a fancy schmancy new sound system.  $5 (strongly) suggested donation.

Get something amazing & unique for your sweetheart, while supporting local artists, craftspeople, and small businesses.  Resident creatives and special guests will be setting up shop at Wazee Union, offering the finest in handmade & locally produced items.  You are sure to find the perfect gift for your special someone (even if that someone is yourself).  Peep the FB event page to have a look at all of the participating vendors (there’s a bunch!)  Plus!  Plan to check-out live performances from the resident aerialist troupe at 2pm, 2:30pm, and 3pm.

On the second Saturday of each month, Buntport presents you with three stories related to a theme.  This month’s theme is: Shakespeare’s Hamlet!  Two of these tales are true, but one of them is nothing but a fib.  Can you figure out which one is baloney?  Fun for all ages (seriously grown-ups, this is an event that both you and your kids will enjoy), cute contests, and prizes to boot.  Tickets are just $6 – $8, with $1 off if you dress as a duck, or something pretending to be a duck.  (So in other words, whatever you were planning to wear that day anyway.)

Local DIY artist, Frank Kwiatkowski, will take students through creating and carving a 4×6 design into traffic cone material, then transferring that image onto paper using relief printing techniques.  Students will take home their print and their hand-carved block template that can be used over and over to print on anything from paper to t-shirts.  This workshop is pay-what-you-can. Suggested donation is $25 per student.  RSVP here.

Modern Love will feature limited edition art prints from four of Denver’s favorite artists and photographers: Josh Wills, Aaron Ray, Crystal Allen, and Michael Lindau.  Pieces have been created upon the eponymous theme, Modern Love.  All proceeds from art sold will go directly to Denver CASA,  a nonprofit that advocates for neglected and abused children.  Libations will be on hand, and 60’s soul will be in the air.  A film photo booth will be designed and shot by Kristen Hatgi Photography/ Hatgi Sink Studios, and there will be an informal fashion salon.  Gifts will be raffled off throughout the evening, compliments of Sol…Store of Lingerie, Solera, Perfect Petal Denver and MCA Denver.  FREE. 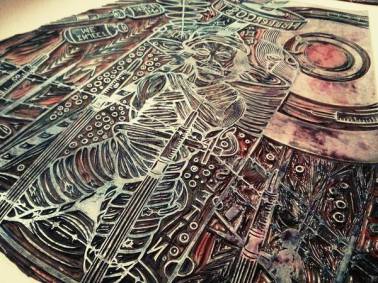 Cone Cutting Workshop at The Concoctory

I was lucky enough to catch this film at last year’s Starz Denver Film Festival, and it was one of my faves.  Moral of the story?  Men may leave, but booze and weed will always be there when you need them #truth.

Rather than spending money on new duds from the mall, bring your gently used clothing to Gypsy House this afternoon to swap for the giveaways of others.  Sip a spicy chai or latte while you try on new clothes and feel good about recycling your old fashions.  FREE.

Every Monday night DJ TONE and special guest deejays will be spinning only the finest and fiercest old Jamaican tunes!  Starts at 9pm, no cover, and cheap dranks. FREE.

How can you take the edge off of Monday?  How about with some booze and burlesque?  Every Monday night the ladies from Ooh La La Burlesque serve up some sassy drink specials in all their glory.  9:30pm marks the start of the burlesque show, with Dead Bundy and the Neat Neat Neats providing the soundtrack.  $5 cover, FREE if you wear no pants and you get a free shot (?)

Who is ready to support local, independently owned restaurants and bars while meeting new peeps who like to do the same?  Do you have to tweet?  No, but you should most certainly love to eat and drink.  RSVP or don’t; there are no rules here.  Feel free to invite friends.  Happy hour prices until 7:30 pm. 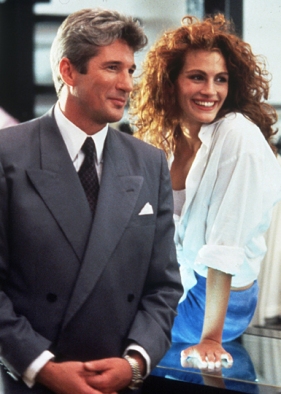 Remember that time you were a prostitute and then that rich dude came along and saved you? That was pretty dope.

The Greater Than Social Club is back!  On a new night, with new sponsors, more acts, and at half the price!  Combining music and comedy in Lannie’s basement cabaret setting, this event will make you straight-up pumped to be a Denverite.  This month’s line-up includes comedy by Andrew Orvedahl and Timmi Lasley, music by Ian Cooke and Chimney Choir, and hosting services provided by Kristin Rand.  Twice the entertainment as usual!  The entire show will be over by 10pm, so quit your hemming and hawing and just buy a ticket already, geez. $5.

Come get cozy at Buntport Theater for a special showing of the classic 1988 computer toon Who Framed Roger Rabbit, to commemorate the return of their own rabbit star in Jugged Rabbit Stew.  Popcorn and a microwave will be available, live entertainment by Buntport to precede the film … and you can win prizes!  Festivities begin at 8pm.  $5.

Stop by Buntport to participate in Colorado’s first Community Health Club, hosted by Buntport alumnus Evan Weissman.  Come discuss the fundamental philosophical and moral questions, without the trappings of institutionalized (and possibly compromised) religions.  This month’s theme is “friendship”.  What’s the point?  Is it hard to make friends as an adult?  What is required of it?  Visit the website for details and to make reservations.  Warm cookies will be served.

Its February!  Love is in the air.  And what says love better than prostitution?  Come find out as The Movie Interruption’s special guests The Grawlix take on the Julia Roberts “hooker with a heart of gold” classic Pretty Woman.  But no kissing!  Tickets cost $12.50.