According to Wikipedia, August 7th marks the midpoint of summer.  That’s it kids.  After the 7th, there will be less days of summer than there were.  But don’t let that get you down.  Let it get you motivated!  Enough relaxing, time for some maxing.  The summer of 2014 is not yet fully defined.  There are still ice cream cones to be licked!  Picnics to be nicked!  Veggie burgers to be flipped!  Pools to be crashed!  Patio beers to be swapped!  Sweaty dance parties to be had!  Midnight kisses to be stolen!  Late-night bike rides to be ridden!  Even later night slices to be devoured!  Walk of shames to be trekked!  And memories to be made.  Denver…let’s do this.

Curated, compiled, and edited by the Walker Art Center in Minneapolis, the Internet Cat Video Festival has been lauded by NPR, The New York Times, The Wall Street Journal, and others.  It is a raucous, 75-minute romp through the Internet’s finest cat video offerings and it brings thousands of people together each time it’s shown.  Experience the joy of a surprised kitten or keyboard cat together.  Gather in real time to enjoy one of the Internet’s most popular phenomena.  3 shows only!  Friday at 7:30pm, Saturday at 2pm & 9:30pm.  Tickets run $7 – $10.  Meow!

The Denver County Fair honors the fine traditions and values of America’s county fairs, which have been enjoyed by millions of people for over 100 years.  But Denver’s version offers it with a twist!  Adult-Sized Big Wheel Rides!  A Joint Rolling Competition!  Sopapilla Toss!  Dancing Dogs!  Comedy!  Zombie Beauty Pageant!  The Oscar Mayer Wienermobile!  Grateful Dead Karaoke!  X-treme Pancakes!  Pig Tricks!  Speed Texting Competitions!  Pie-Eating Contest!  Pugs vs. Chihuahuas Races!  For realsies!  All tickets serve as weekend passes, so you and your family can come back again and again!  Adults: $10; Kids/Seniors/Military: $5; Children 4 and under are FREE.  The fair runs 12 – 9pm on Friday, 10am – 8pm on Saturday, and 10am – 6pm on Sunday.

Amplify your Friday nights this summer with local food, music, and more!  Join the Denver Museum of Nature & Science every Friday evening through August 29th for a family-friendly take on a festive evening block party with the best in Denver cuisine and beverages.  Get creative with drop-in science activities, learn from local experts, and enjoy unique programs.  This Friday, Richard Sandoval will be on-site to present cooking demos and a tequila pairing.  Tickets run $12 – $15, and advanced purchase is strongly recommended.

Back by popular demand, 80s night is back at the winery!  Door prizes for best dressed include a chef’s dinner to Old Major, magnum of your choice, summer wine packs, IMT t-shirts & tanks, and…VIP tickets to the USA Pro Challenge after-party!  DJ Low Key, CKrepes, and peteybird ice cream sandwiches will be present and raring to go.  Plus, Ashely Joon will be the featured artist this month.  Throw on your neon, tease that hair, and get ready to party – it’s an evening you don’t want to miss.  FREE.

Tonight’s museum rooftop party includes live music from Denver Broncos UK, and some of the sweetest views in town.  If you haven’t been to this rooftop yet, you seriously need to change that – NOW!  It’s a summertime must.  $5 admission. 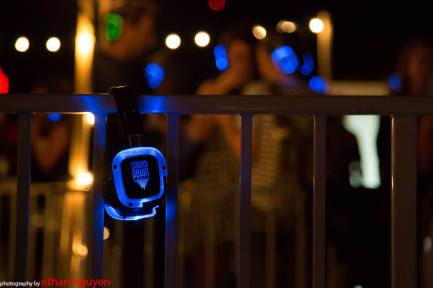 This First Friday come join YOUR community access television station for a live television broadcast with Kitty Crimes and comedian Kristin Rand!  Additionally, there will be FREE food from Illegal Pete’s and cheap drinks.  This event is FREE.

You’ve seen all of the cool kids do it, now come experience it for yourself!  SoundDown Party – Denver’s Silent Disco Company is throwing a pop-up First Friday silent disco on the Sante Fe Arts Walk and you and yours are invited.  Come end your week with a smile.  Music provided DJ BC.  FREE.

Colorado was ready for its closeup in 1969 when the original True Grit was filmed here.  Come celebrate the spirit of Colorado with a FREE screening of this film in honor of Colorado Day.  Movie attendees are encouraged to bring picnics or purchase food from on-site gourmet food trucks, starting at 7pm.  Arriving by bicycle is highly encouraged!

Denver!  You’ve already hit up a handful of First Friday events and are just buzzed up enough to start dancing…now what?  Cue Guilty Pleasures – a party dedicated to cheesy awesome dance jams.  (This party may very well be my favorite in town.)  When in doubt, grind it out.  $5 suggested donation.

Le Jardin Secret is not your average summer market.  At this French-inspired chefs’ market, foodies can shop for dairy, meat, bread, produce and other goods – all with a mimosa in hand.  Think perfect tomatoes, French cheeses, grassfed tenderloins, and artisanal bread.  Free parking is available on the top levels of the Larimer Square Garage (14th and Market Streets) during market hours to the first 40 Le Jardin Secret customers.  Customers must ask for a validation pass from the Mile High Business Alliance representative at the Le Jardin Secret welcome booth.  FREE.

Boog-A-Loo is a FREE arts festival open to the public, featuring many local artists and performers.  All ages are welcome to join in on the interactive activities, which include drawing, painting, digital music production, dancing, live stream video, acting, and more!

This Saturday, find the time to come celebrate the TheBigWonderful, Denver’s newest pop-up food festival/farmers market/craft beer tasting/urban farm.  This weekly community festival is focused on local tastes, local beers/booze (check-out this cool pop-up bar!), and local music.  Admission is FREE and it’s the perfect place to try new flavors with family and friends.  Music will be happening from noon to dusk.

Family-friendly screening of Gravity in the downtown Skyline Park.  Come early to snag the best seats.  Bring your own blankets, picnics, and drinks.  FREE.

Soul daddies Tyler Jacobson, Dogboy, and Steven Cervantes bring you the top selections of Northern soul, rhythm & blues, and funk!  Plus this month, DJ Wesley Wayne will be adding to the mix!  Doors at 9pm; $3 cover starting at 10pm. 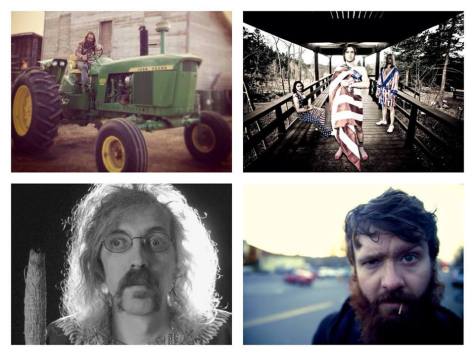 Come check-out a live taping of Sounds on 29th for Colorado Public Television – PBS (Formerly KBDI).  They’ll be taping two episodes in conjunction with This Ain’t No Cowtown (A Colorado Comp), showcasing bands, comedians, podcasters, and spoken word artists from all over Colorado!  Guests for this episode will include your host and MC,
Sid Pink; musical performances by Andy Hamilton & the Whiskey Hitchers and Rossonian; and comedy and spoken word (respectively) by Hippie Man and Ken Arkind.  Doors for the taping will open at 2:30.  There will only be about 20+/- seats available for the taping, so be sure to get there early!  FREE.

If you have lived in Denver for at least seven days during the summer, then you know about City Park Jazz or  “jazz in the park”.   City Park Jazz is a great weekend culmination of dogs, babies, adults, brie, blankets, port-o-potties, hand sanitizer, vino, and more recently, food trucks.  And my mind is blown, because it is the last one of the season!  Come check-out Chris Daniels & The Kings with Freddi Gowdy and say farewell to this summertime tradition.  FREE.

When was the last time you watched an outdoor movie in a rugby stadium?  Grab a blanket, pack a picnic, and come on out for another season of free movies under the stars at Infinity Park.  All of the feature movies begin on the jumbo screen at 8pm, with the gates to the stadium at Infinity Park opening at 7pm.  FREE.

Every Monday, the Interstate will try their take on classic game shows.  Come down and play for a chance to win drinks, food, prizes, and fame!  This week features the game Wheel!  Of!  Fortune!  FREE.

Enjoy classic horror flicks under the stars on the patio of Crash 45, along with movie-themed drink specials, and fun souvenirs to take home!  All films start around 9pm, but come earlier for a seat and/or to order food.  This month’s film is 28 Days Later (2002) – Four weeks after a mysterious, incurable virus spreads throughout the UK, a handful of survivors try to find sanctuary.  FREE.

A bounty of delicious vegan food at a previous Chomp

The Summer on the Plaza series features rising stars of Denver’s music scene along with happy hour specials at Guard and Grace, which is adjacent to the plaza.  This week, come check-out the melodic sounds of SHEL.  Presented by Arts Brookfield, this event is FREE.

Come celebrate the summer weather with a raw vegan feast at this month’s Chomp!  For just an $8 – $10 donation, enjoy a heaping plate of delicious vegan food, based on the chosen monthly theme.  This month’s menu features spiralized zucchini pasta with creamy basil pesto and walnut ‘meat’balls, raw bruschetta, cherry pistachio truffles, gelato, and a refreshing watermelon mint juice to drink.  YUM!  This monthly community vegan dinner is open to all – just show up!  You don’t need to be a card-carrying vegan to attend and feel free to BYOB!

Balance on your mat, then get tipsy at the bar.  Every first and third Thursday of each month, The Yoga Mat will be hosting an hour-long yoga class surrounded by wine barrels and vino at the Infinite Monkey Theorem urban winery.  Following the class, they’ll move the party into the Wine Lab for a glass of wine (included in the ticket price).  Tickets are $20 if purchased online, or $25 cash at the door.  Please bring your own yoga mat.

At my mother’s house in Springfield, PA, there are stacks of dusty journals, chronicling my journey of trying to “figure shit out” while growing up.  Since then, the world has become much more public and although I no longer keep a journal per say, I am compulsed to share what I am thinking at any given time via Facebook and the Tweeter, usually whilst riding the bus.  Luckily there is an event which celebrates the old-fashioned way of processing the world around us, and it’s called My Teenage Angst.  Still have access to your old journals?  Email reader@myteenageangst.com and be a part of the show, or just show-up and listen.