The year was 1996.  I was a sophomore at Saint Joseph’s University in West Philly, and I was dressed as the drunk girlfriend in Sixteen Candles.  My friend Katie was dressed as a clown, and after multiple keg stands, she decided that it was a good time to tell a mutual friend of ours that she was in love with him.

Enter bad idea.  He later re-told me the story of how difficult it was to take her seriously.  She was very drunk and nervous, with smeared clown make-up melting down her face as she kept repeating how much she loved him…needless to say, things did not work-out between them.  Hooray for Halloween!

Like most aging party animals, I heart Halloween.  For better or for worse, some sort of magic (occasionally it is black and/or black-out) happens that night.  Last year I went to see Deer Tick at the Bluebird Theater dressed as the Morton Salt girl.  That night, the black magic came in the form of tequila and weed and at some point my legs forgot how to work.  Tonight I am claiming a do-over, and will be dressing up as a member of Pussy Riot.  The flavor of magic this year is TBD, but I’ll say it again – hooray for Halloween!  [Cue the Monster Mash]

Peep the fun stuffs below and as per youzh, check-out Westword’s 10 things to do for $10 in Denver blog for free/low-cost events this weekend, including a FREE Lucinda Williams show at Twist & Shout and FREE yoga all day on Sunday at Kindness Yoga.  For more Halloween fun, you should also check these lists from Eater Denver and from Westword.

Are you looking for some Western-inspired Halloween fun?  If so, look no further.  This event will feature live music from New Ben Franklins, Spoken word poetry and art from Charly Fasano, and comedy from James Draper.  Sponsored by Sailor Jerry.  FREE.

If you are looking for a FREE outdoor Halloween experience, well – here you go.  Trick or treating starts at 4pm; DJ Spooky Frankenstein starts at 6pm and goes till 9pm.  Costumes are a must and their will be surprises!

The spookiest time of year is here and Ultra5280 is back to throw their most haunting party ever.  A $15 cover gets you a night full of thumping bass, prize giveaways, and drinks from Breckenridge Brewery of Colorado and Deep Eddy Vodka.  Musical appearances by CRL CRRLL and DJ ETRANE.  Come see and be seen y’all.

Entertainment for the night includes EJAY and IVY.  In addition to IMT wine specials, Roaming Bull Brasserie will be serving their famous European-style tapas, visuals will be provided by The Watcher, plus there will be live tattoos (yes, you read that correct) and new art installations by Ryan Willard, owner of Marion Street Tattoo & Gallery will be on site.vvCostumes are encouraged.  FREE.

Celebrate your Halloween at Hamburger Mary’s this year with their Zombie Prom-bie: A Dance for the Undead, hosted by Alexandra Winters and Harley Quinn.  There will be a costume contest and a DJ spinning some ghoulish dance tunes starting at 9pm.  They will also be featuring their frozen Caramel-Apple-Tini for just $5.  All of this will be going down without any cover, so come on down and get your Zombie on!  FREE.

Want some FREE Halloween fun?  Dress as a sexy-this or a zombie-that (or don’t) and relive Weezer’s Blue Album and Pinkerton with local tribute band, the Gin Doctors.  Unlike many Halloween bashes, this one has no cover and includes the ability to get a burrito anytime. 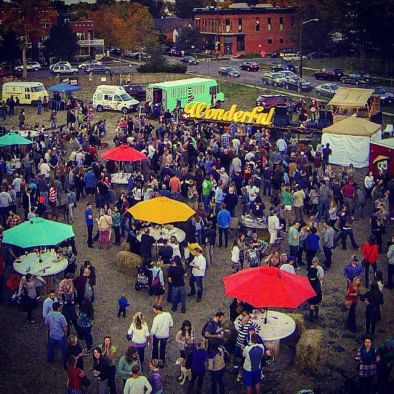 Pour one out for TheBigWonderful

Cold Cave joins the Lipgloss crew this Halloween night for an exclusive DJ performance!  Having recently toured with both NIN and Soundgarden, Cold Cave is rapidly garnering a cult following with dark wave/synth-pop reminiscent of Lipgloss favorites like Joy Division & Depeche Mode.  Dress like your favorite sci-fi character and win prizes (including a PBR snowboard) as you grind it out between Spock and Princess Leia.  $1 PBR cans until they run out.  $5 to join the fun; pre-sale tickets encouraged.

Are you looking to LOL this Halloween night?  Well, The Grawlix very well may be what you’re looking for.  This super funny super team delivers stand-up, sketch comedy, and hilariously polished videos at the Bug.  This month’s show features special guests Matt Braunger, Shawn Pearlman, John Tole, and Nato Green.  These dudes be funny.  Doors at 10; 10 bucks to get in.

Saturday, November 1, 2014 @ 11am – dusk: The Last BigWonderful of the Season at Sustainability Park

It’s the last BigWonderful of the season; pour one out y’all.  If you’ve already been, then you know how cool it is.  If you haven’t been, then you is seriously missing out.  This weekly community festival is focused on local tastes, local beers/booze (check-out this cool pop-up bar!), and local music.  Admission is FREE and it’s the perfect place to try new flavors with family and friends.  Plus!  This week there will be a whole slew of bands performing including The Other Black, The Kinky Fingers, and an Amy Winehouse cover band.  Check the event page for band schedule and RSVP now for a FREE beer.

Drop your child off to tinker the afternoon away.  Kids will have access to tools, materials, and art supplies to build and play to their little heart’s content while you get your errands done run.  Participants will learn the basics of tool safety and workshop etiquette under the supervision of Delanie Holton-Fessler, licensed art teacher and momma of two little makers.  Appropriate for ages 4+; kids ages 2 – 3 years may attend with an adult.  $25 per session.

Come join this Day of the Dead celebration and raise a beer to honor those no longer with us.  Plus, get some extra mileage out of your Halloween costume and win some prizes while you are at it.  They’ll be undead beats by DJ P-Cuz, food truck by Mobile Melts, and the return of the dreaded Graveyard Ale, their signature beer blend.  No cover!

Denver’s hottest, funniest, and most fabulous comedy and variety show is back for it’s last hurrah of 2014!  Something Fabulous features the city’s best stand-up comedians, the steamiest burlesque performers, and some world-renowned surprises!  Comedy by Deacon Gray, Heather Snow, and Ben Adams; plus music, drink specials + so much more!  Only $5!

Come get freaky this Day of the Dead with Bonnie and the Beard.  Additional performances by R.L. Cole and Bear Antler.  Just $7.

Are you looking for a full-on theatrical Halloween experience?  Well the Paranormal palace offers a complete takeover of the McNichols Civic Center Building with 3 floors of unique party environments, multiple DJS, and 35+ professional actors.  This high-quality, theatrical extravaganza will include 2,500 guests in full attire, vying for the chance to win the $2,000 costume contest!  Tickets start at $79 and include all the booze you can shove down your zombie hole.  This event benefits the Denver Civic Center Conservancy.

This Halloween weekend, spend your night in style.  Soul daddies Tyler Jacobson, Dogboy, and Steven Cervantes bring you the top selections of Northern soul, rhythm & blues, and funk!  Doors at 9pm; free before 10pm, $3 after.  Free parking at St. John’s Cathedral, 1350 Washington Street.  Seriously Denver, if you haven’t been to MHSC – now is the time to go! 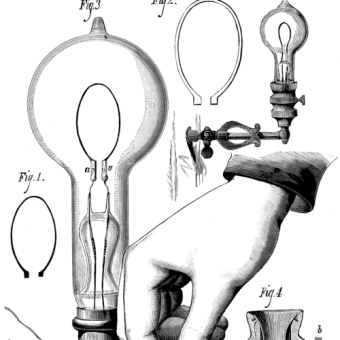 Make Something Mondays at The Craftsman & Apprentice

Forget about that embarrassing thing you did this Halloween weekend, by eating well and winning big at bingo!  Hosted by comedian Nathan Lund, you will be shame-free for at least 30+ minutes.

The workshop will be open to makers & doers of all sizes.  Come by and fix that thing that just needs some glue and a clamp, make a robot with your kid, paint a picture, read a book about house building, whatever – it’s your journey.  $5 suggested donation.

Enjoy classic horror flicks inside the bike-themed interior of Crash 45, along with movie-themed drink specials and fun souvenirs to take home!  All films start around 7pm, but come earlier for a seat and/or to order food.  This month’s film is Harold and Maude (1971) –Young, rich, and obsessed with death, Harold finds himself changed forever when he meets lively septuagenarian Maude at a funeral.  FREE.

Come eat lunch and learn about the work of two tenants of the Posner Center for International Development, World Affairs Challenge and Global Health Foundation.  Lunch will be provided but a $5 donation is appreciated.  This event is open to the public; RSVP today.

Enjoy a guilt-free holiday feast at this month’s Chomp!  For just an $8 – $10 donation, enjoy a heaping plate of delicious vegan food, based on the chosen monthly theme.  This month’s menu will feature stuffed & baked seitan roast, green bean casserole, cheesy potato cakes with mushroom gravy, crescent rolls, pumpkin spiced mini-pies with coconut whipped cream, and raspberry-fig cranberry sauce.  They will also be featuring a holiday-themed “mocktail” bar – feel free to BYOB.  This monthly community vegan dinner is open to all – you don’t need to be a card-carrying vegan to attend.  One of my favorite events in town!

Thursday, November 6, 2014 @ 10pm: That’s disgusting and it bothers me when you do it at The Curtis Club