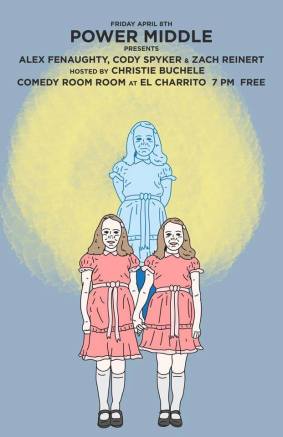 (And for more free/low-cost events this weekend, check out Westword’s 10 things to do for $10 in Denver blog, which includes Laura Stevenson at Ratio Beerworks, Kids Those Days at Glob, and A Talk with Cynthia Connolly at Mutiny Information Cafe.)

Mixing hip with the weird, Black Sheep Fridays run weekly March 4 to April 29, from 6 – 8pm in the MCA Café. Visitors can stop by anytime during the evening to experience the fun (happy hour runs from 5 – 7pm). This week’s theme is Old Denver vs. New Denver Family Feud, where two teams will fight to the death over their knowledge of D-Town. Free for members, $5 for regular people.

Come on out for a night of LOLs as 3 awesome comedians, Alexander Fenaughty, Cody Spyker, and Zach Reinert, bring their best 20 minutes! Hosted by Christie Buchele in the Comedy Room Room of El Charrito. Show is FREE; karaoke to follow #party

Start your Friday night with a stiff drink and an intimate performance by Bluebook. No cover.

Celebrate the arrival of the weekend with dancing + drinks! Ready Set Go will be spinning the best in Soul, Go-Go, Surf, Oldies, 60’s, Rock, and more! No cover.

Beautiful babies of Denver, come dance it out at Denver’s favorite indie rock dance night with DJs Hollow and DJ Tower. Hear great music that you won’t hear anywhere else, dance until your legs are weak, and drink until you’ve shown your liver who’s boss. They’ll also be giving away tickets to Holy Holy and St Germain so get there! No cover before 10pm, $5 afterwards.

You’ve played drinking games at home, now play them with the Denver Film Society! They’ll give you the rules and thanks to Breckenridge Brewery, the first 50 guests get their first drink on the house! Drink specials run all night long, with a bar in the theater so you won’t miss a second of the movie (thank god). Tickets run $7 – $11. Please drink and watch responsibly; only guests 21 and over will be allowed to attend Films on Tap screenings.

What better way to start your Saturday than with a workout and a beer? Join Strength Train 4 Life for a total body workout, followed by a happy hour hosted by Dry Dock. Workout is designed for people of all fitness levels and limitations can be accommodated if needed. Admission is $10 and gets you an hour workout followed by drink specials. Please arrive around 10:45am to register.

The Dikeou Family Workshops are a great way for people of all ages to learn more about contemporary art and experiment with new creative processes. This workshop will focus on artist Margaret Lee’s Think About Tomorrow or Don’t installation, as featured at the Dikeou Collection. Participants will create a wood replica of their favorite monument or invent one of their own, using small pieces of wood, glue, and paint. This workshop will take approximately 1.5 hours to complete and is FREE to all attendees; drop-in anytime. Light refreshments will be provided.

Kick back and listen to some open mic comedy with a craft brew in hand. Hosted by Zeke Herrera; no cover.

FREE and cool show at Denver’s new vinyl emporium. Come check it out.

End your weekend with a familiar film, $6 cocktails, snacks, and a rad atmosphere. No cover.

Every month, hosts Theresa Mercado and Ian O’Dougherty screen a film by Joel & Ethan Coen (in order of theatrical release), preceded by a short musical selection performed by a local musician, celebrating the magnificence, importance, and variety of music from that film. This week’s show includes musical selections by Natalie Tate and a screening of Inside Llewyn Davis. Come share your zeal and fondness for the brothers with other devotees. FREE.

Interested in recording music in the studio or editing your own videos? Need to scan your drawings or use Photoshop to improve your photos? Want to use a 3D printer or learn about Arduino? ideaLAB is the library’s digital media lab/makerspace and it has a wide variety of hardware and software available for visitors to use and create whatever they can imagine. FREE. 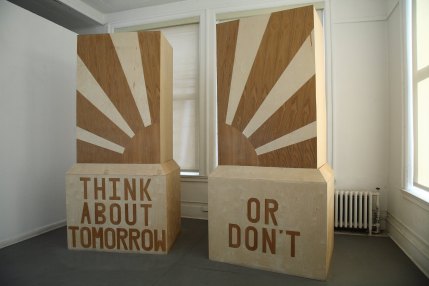 Join the Colorado Restaurant Association and the Denver Film Society for a saké tasting and special presentation of The Birth of Saké, followed by saké cocktails and delicious bites provided by Komotodo Sushi Burrito. Tickets run $40 – $50.

Get excited, Dead Dog Chocolate is back this month for another delicious chocolate and cider pairing! For $20, enjoy four pours of ciders paired with four specialty chocolates. No need to make a reservation, just come by the taproom anytime between 6 – 9pm! View the full menu here.

Are you a lady who loves craft beer? Well then come join the social educational club, Women for Delicious Beer! Even if you don’t know the difference between ABV and IBUs, all are welcome to join this FREE event.

It’s hump day! Kick back with a glass of wine at IMT’s screening of Fantastic Mr. Fox. No cover.

Come on out for the April edition of Vegan Drinks at Syntax! This event keeps getting bigger and better every month – come join the fun! Vegan options are clearly marked on the menu (they have cashew cheese!) You do NOT have to drink alcohol, nor be a card-carrying vegan to attend.

Come celebrate the 2nd Thursday of every month at IMT with the Gin Doctors, Denver’s premier 90’s party band. No cover and Mestizos Food Truck will be on-site to feed you dinner! #TGIAMFF