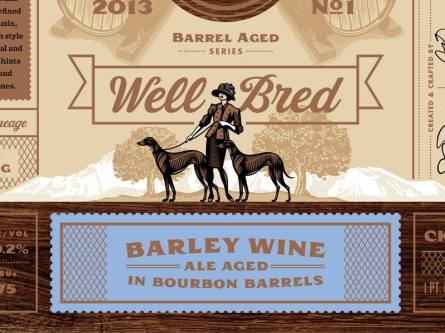 Congrats, Denver. You survived another GABF (hopefully). The fest wrapped up on Saturday, with 286 medals being awarded to 254 breweries, spread across 96 categories. Winning beers were selected from 7,227 competition entries attributed to 1,752 breweries.

While California received the most medals (68), Colorado came in second with a healthy 38 awards (13 gold, 16 silver, and 9 bronze). Bootstrap Brewing Co., Coors Brewing Co., Echo Brewing Co. and Steamworks Brewing Co. all received two medals. 30 Colorado breweries received one medal. The state won two more medals this year than in 2015 but one less than in 2014.

Kudos to all the winners. Now for events…

Black Shirt recently released a new can design and to celebrate, they’re selling them for $2 on Tuesdays. Choose from Frontman IPA, Stringbender Saison, or Timekeeper Rye Pale Ale.

Neuroscience graduate students will be gathering at Cerebral Brewing every month to talk science with anyone who needs a little more nerd talk in their lives. They will also have an interactive experiment for those that want to do some real-life science!

$10 will get you a flight of three half-ounce pours of rotating offerings from Laws. This week, they’ll also be streaming the Broncos game.

Grist teamed up with High Altitude Hops to get some whole-cone Chinook fresh hops but then decided to add them to a lager as opposed to the traditional IPA. “What we did was brewed our American Barley Wine and used the second runnings from that high gravity beer to create the wort for our lager. This was a traditional method that does not get used very often anymore so we were excited to bring it back.”

The big reveal for the WinterWonderGrass lineup goes down at the Great Divide Barrel Room with a FREE pre-festival concert. “The WinterWonderGrass vision is grounded in the commitment to deliver the best and most authentic grassroots bluegrass and Colorado craft beer festival imaginable. Paramount to that vision is establishing roots in a setting that incorporates on mountain activities and offers an assortment of affordable lodging within walking distance to the event and the ski mountain.” The festival moves to Steamboat this year and tickets will be available for purchase at this event.

DBC is celebrating the release of their newest canned beer, Pretzel Assassin, which is an Amber Lager. The party is FREE to attend, but tickets are available at various prices that include German beer mugs, hog roast dinners, plus pours directly off the zwickel. There will be live music starting at noon and a giant pretzel-eating contest at 5pm.

It’s back. Oskar Blues’ Irish Porter, with loads of dark chocolate and extra dark caramel malt and tantalizing coconut aromas, will be released at The Tasty Weasel in Longmont. Four-packs will be available for purchase and there will be a pig roast, chocolate samples, and live music.

Copper Kettle releases Well Bred, an English Strong Ale aged in Woodford Reserve barrels for four months. The result is a 10.3% ABV beer with “faint hints of vanilla and sugary, caramel notes from the bourbon and some malty notes of fruit, slightly nutty, with a touch of molasses.”

Odd13 continues their taproom-only can release series with Galaxy Double Dry-Hopped Hop Wizard. The beer will also be available on tap but no growler fills.