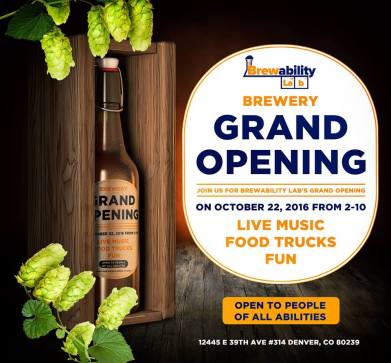 Back in June, there was a disturbance in the state’s craft beer force when 14 members of the Colorado Brewers Guild left to form Craft Beer Colorado. The splintering came amidst concern that the acquisition of board member Breckenridge Brewery by A-B InBev afforded the macro-brewer a seat at the table.

But now, according to an exclusive report by the Denver Business Journal last week, the two sides have reconciled and will look to reform as one entity in the coming months. While the agreement – struck during a meeting during GABF – has not yet been ratified, board member and Pike’s Peak Brewing Co. owner, Chris Wright, told the DBJ that the Colorado craft brewing industry would have “one voice” moving forward.

The accord comes at an important time in the existence of the state’s craft beer industry. With the A-B InBev owned 10 Barrel Brewing opening a RiNo location this week and the impending availability of full-strength beer at all grocery locations, the state’s craft beer interests will need a strong and unified advocate in the coming months and years.

Here’s how you can advocate for craft beer this week…

For five years strong, DBC’s Tuesday night run club has attracted that uniquely Coloradoan specimen: the athletic beer drinker. To celebrate, they’ll be holding a massive run and raffling off DBC prizes + gear from Mountainsmith. Brava! Pizzeria will be providing the post-run fuel with pasta and salad and they will let you eat cake!

For this week’s one-off pilot series batch, Black Shirt taps an IPA made with cave-aged Chinese Pomelo tea from Boulder Tea Company. To make the tea, pomelos are packed with pu-erh tea and allowed to dry over a hearth before being aged in a controlled environment. The resulting beer will be earthy and robust with floral and fruity notes.

The names of Call to Arms’ Carriage House Series beers continue to get zanier and zanier. For the fifth installment, they’ll roll out Shirtless Putin Nuzzling with Dolphins, a Bourbon Barrel-Aged Imperial Baltic Porter with Sweet Bloom coffee. Only 150 bottles exist and there is a two bottle limit. Shirtless Putin will also be on tap. And, if you know of any qualified aquatic mammals, Russia is currently recruiting a new batch of spy dolphins.

If you haven’t gotten your fill of fresh hop beers yet, Falling Rock will tap a barrel of Lagunitas Brewing Co.’s Born Yesterday, one of the freshest fresh hop beers around, according to the brewery.

Broomfield’s Nighthawk Brewery teamed up with fly-fishing apparel company, Trout Life, to brew this eponymous brown IPA, along with an accompanying t-shirt. 1% of all t-shirt proceeds will go toward Epic Experience. No fish were harmed in the brewing of this beer.

Dry Dock has come a long way from the days as a tiny brew system in the back of The Brew Hut. Now, the Aurora brewery is among the largest in the state, opening a second location – the 30,000 square foot North Dock location on Tower Road – in 2103. Tickets to their anniversary party are $35 and will get you unlimited pours of 28 rare, vintage, and specialty beers along with samples of the Signature Series Raspberry Imperial Stout. Guests can also enjoy live music by Chris Dismuke Music and food from the Mile High Cajun Food Truck. Cheers to 11 years!

Ursula releases Imperial Crustless Peanut Butter and Jelly Porter and each pour comes with a classic PB&J crustless sandwich. On tap and in bottles.

Can you change the world by drinking beer? Yes! Brewability Lab is the first brewery that trains and hires adults with developmental disabilities. Come help them celebrate thier grand opening with food trucks, live music, and a silent disco with SoundDown Party – Denver’s Silent Disco Company. This is a family-friendly event – all are welcome!

This Sunday, the Denver Heavy Metal Society presents Pletys Mografia and Chemically Crippled. This show is all ages and there is no cover.

First Draft will be rolling out some leftover kegs from GABF all week, including selections from Lawson’s Finest Liquids, Short’s Brewing Co., Societe Brewing Co., Scratch Brewing Co., and Wicked Weed Brewing, among others.