Prrrrrretty sure you want to party here tonight

Denver!  If my persistent post-nasal drip is any indication, it’s been a hectic last couple of weeks.  From hosting my BFF from college for a long weekend (inspired by partying like it’s 1999), a Halloween that seemed to last three weeks, a work schedule that has been totes cray cray, and now, the Starz Denver Film Festival, I am feeling pretty spent.  However, I am going to muster up all of the energy I have tonight for the screening of Doomsdays, plus the Home Invasion-Themed After-Party (see below).  You probably should too, and we can all swap stories over bloodies and mimos tomorrow afternoon, xoxo.

The party continues.  My favorites so far?  Gloria, Blue Ruin, The Bounceback, Will You Still Love Me Tomorrow, The Kill Team, and Mistaken for Strangers.  Follow me on Twitter to get more recs: @Dear_Denver.

Mixing hip with the weird, Black Sheep Fridays runs weekly October 11–December 20, 2013, from 7 – 9pm in the MCA Café.  Visitors can stop by anytime during the evening to experience the fun.  This week’s theme is Tailor Swift: Listen to Taylor Swift songs while your pants are hemmed.  Free for members, $5 for regular people.

Get ready for the “pre-apocalypse” with the Reel Social Club as they present the indie comedy of the year, Doomsdays.  And after the film, head to the Parkside Mansion home invasion blowout party, featuring DJ Patrick Collins, late-night food, and free booze drinks!  $25 – $35 for movie + party – that’s a hipster’s dream come true!

Come on in to Pizza Fusion to buy any size pizza and get a FREE pizza of equal or lesser value in honor of International Tolerance Day.  Pizza Fusion offers a wide-selection of omnivorous, vegetarian, and vegan options untainted by artificial additives, preservatives, growth hormones, pesticides, nitrates and trans fats.  Additionally, you’ll be supporting this big-hearted restaurant, which also serves as a job training site for transitioning homeless individuals.

From the fun-loving friars who brought you Oktoberfest (which was actually really fun btw), now comes Turkey Bingo!  Come on out for an evening of fun for the whole family! Homemade Italian meal starting at 5:30pm ($6 adults, $3 kids).  6:45pm for turkey bingo.  Plus popcorn, silent auction, and door prizes. [Disclaimer: Dear Denver does not endorse the consumption of turkeys, but does think that bingo is kind of fun.]

Be ready to take the guided tour through one of the scariest/weirdest nights of your life, as the 3 Kings Tavern is transformed into one of your worst nightmares. Short films, blood, latex, horror-related paraphernalia, “zombiecaricatures”, and an eerie, dark soundtrack round out the evening.  $10, pre-sale tickets available.

This pop-up market is the coolest, even if you aren’t permanently riding the vegan train.  Bring yo cash and pick-up some fresh pasta, vegan wine, ice-cream, jerky, confectionaries, seasoned seitan, tamales, and tons of baked goods.  Nothing not vegan, son.  Also this month, Plants & Animals will be continuing their community clothing swap – refresh your wardrobe by trading in those garments you are ready to part with.  To participate, just bring your stuff to the Plants & Animals table, then pick out whatever you like from the racks!

Come nosh on some tasty eats at the Squeaky Bean, and try your luck at the ‘go.  Each week features a different comic, with this week’s host being the very funny Nathan Lund!  Make your reservation today.

Comedians debating what doesn’t really matter.  Come celebrate 3 years of this free Sunday night LOL fest with fine ass craft beers and laughs.  Debates this month include: Olympic Games vs. Hunger Games, 90210 vs. Saved By the Bell, Smoking vs. Joking, Pirates vs. Sailors, and Turkey vs. Cranberries.

How does one become intimate, communicate their needs and concerns, and safely own their desires?  Join the conversation on safer sex tools and how you can talk with your partner(s) about sex, risk, protection, and contraception.  Folks of all gender identities and sexualities are encouraged to attend!

More debates!  The Great Debate pits teams of non-experts head-to-head, toe-to-toe, and often dumb-to-dumber in lively debates of the inconsequential.  Mundane topics are brought to life by ordinary, but opinionated folks.  You’re bound to be a flip-flopper after listening to compelling arguments on things that never mattered.  This month’s theme?  Fried eggs vs. Your brain on drugs.  Box office opens at 7:30pm, the feud starts at 8:00pm.  $5 – $7, depending on your luck. 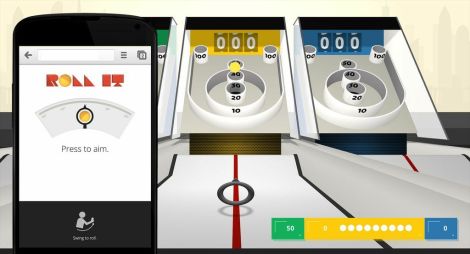 Come play Roll It, a new take on Skeeball utilizing next generation technology created for Google by Legwork Studio and Mode Set.  Use your phone to play this classic boardwalk game.  No special apps or downloads required.  The night’s player with the highest score wins a $30 gift card to Crave.  80’s theme music and speciality cocktails will help round out the night.  Happy hump day, y’all!

Denver comedy fans!  Especially those on a budget!  Kristin Rand and Randy M. Washington are celebrating one year of monthly LOLs at the Beauty Bar.  And to help them do just that, they are bringing this stellar line-up:  Timmi Lasley (Epilogue comedy),  Jordan Doll (Comedy Works New Faces winner) and headliner Adam Cayton-Holland (Conan), ya heard?  Games!  Fun!  Surprises!  Tricks!  Backflips!  A new format!  And totally free!

The Emerging Filmmakers Project (EFP) has been showcasing the best of Denver’s indie film scene since 2002. Held the third Thursday of every month and hosted by local filmmaker Patrick Sheridan, the EFP is a great place to screen your work, network with other creatives in town, and to support your fellow indie filmmakers.  A spirited talkback with each filmmaker follows their movie where you, the audience, gets to tell the filmmaker exactly what you think of their work!  Peep the Facebook events page to view the line-up.  $5 admission includes free keg beer.