Welp.  It’s officially summer because there are so many freaking cool events happening every night that my little fingers can barely type them all up.  Seriosuly.  This isn’t even all of it, but it’s some.  And most of them are free.  So put on your fanciest t-shirt, open up that Tinder app, and let’s make some memories.

In April 2014, Picture.Me.Here worked with a group of Bhutanese youth at the Beldangi refugee camp in Nepal, teaching them the art of photographic storytelling; these participants will soon resettle to Colorado.  Come see their pictures and learn more about this cool local program and their plans for the future.  This event is in collaboration with the City Museum of Kathmandu and the United Nations Refugee Agency.  FREE and open to the public; bring your friends and family!  Refreshments and snacks will be provided.

The Sauce Society is a networking group for production folks who pride themselves on community, authenticity, and giving back.  For their 3-year anniversary event, partygoers will have the opportunity to enjoy a pop-up art gallery/poster sale, music, and libations.  Proceeds from the poster sale will go towards the Wyatt Academy art program, so come party in this unique space for a good cause.  This event is FREE. 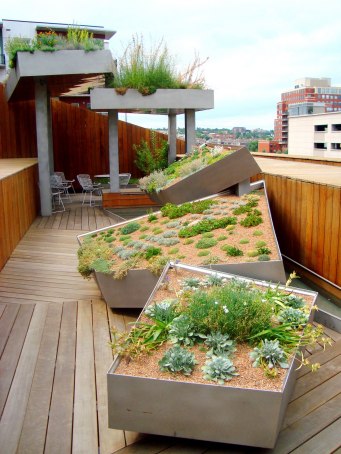 Come on out for some tasty vegan cocktails/mocktails and an assortment of vegan pizzas at the family-owned Bonnie Brae Tavern.  You do NOT have to drink alcohol, nor be a card-carrying vegan to attend.  $10 for all you can eat, yo.  This happens the third Friday of every month.

Tonight’s museum rooftop party includes live music from Robert Rutherford & Al Scholl and some of the sweetest views in town.  If you haven’t been to this rooftop yet, you seriously need to change that – NOW!  It’s a summertime must.  $5 admission.

Join over 250,000 other proud Coloradans this weekend for what is recognized as one of the best LGBT events in the country (and third largest in the nation).  Denver PrideFest, an empowering two-day celebration at Civic Center Park, features live music, the Denver Dyke March, the PrideFest Parade, the Big Gay 5K, and so much more.  It’s gonna be a hot one, so make sure you wear the glitter with SPF 30.  Festivities run 11am – 7pm on Saturday and 10am – 6pm on Sunday.  FREE.

Le Jardin Secret is not your average summer market.  At this French-inspired chefs’ market, foodies can shop for dairy, meat, bread, produce and other goods – all with a mimosa in hand.  Think perfect tomatoes, French cheeses, grassfed tenderloins, and artisanal bread.  Free parking is available on the top levels of the Larimer Square Garage (14th and Market Streets) during market hours to the first 40 Le Jardin Secret customers.  Customers must ask for a validation pass from the Mile High Business Alliance representative at the Le Jardin Secret welcome booth.  FREE.

Just in time for the summer months, Black Shirt Brewing Co. will be unveiling their brand-new backyard beer garden.  They’ll also have several of their red ales on tap, a food truck, cornhole boards, and live music from Sawmill Joe!  #patiobeers

Come see Women, the comedic supergroup from Los Angeles, California, brah.  Hosted by Jordan Doll.  Tickets are $15 and come with a free large pizza if you order online.  Haaaaaaaaay. 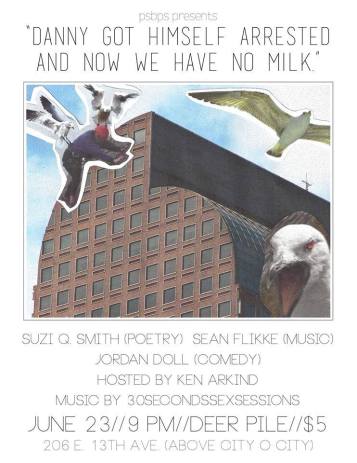 Two music legends; one legendary night.  No cover before 10pm.

Have you not been to this pop-up market yet?  Are you scared because everything is vegan and you think it will be gross/weird/pretentious?  Well check all of that at the door because you is missing out.  This pop-up market is the coolest, even if you aren’t permanently riding the vegan train.  Swing on by to pick-up some fresh pasta, chocolate, ice-cream, jerky, confectionaries, seasoned seitan, tamales, and tons of baked goods.  Plus, they even serve brunch!  Nothing not vegan, son.

Studio Colfax is thrilled to present their first featured artist, Maynard Tischler.  Maynard has been doing ceramics for over 40 years and has pieces in the permanent collections at the Denver Art Museum, The Kirkland Museum, and the Littleton Museum.  His work ranges from sculpture to pottery, to paper mache, and the collection for Studio Colfax will incorporate new works as well as older pieces.  Come enjoy hors’ d’ oeuvres and wine and meet this iconic artist in person.  This is also a great opportunity to check-out this absolutely gorgeous new shop, which features unique items and gifts.  FREE.

Bring your own games or play some of theirs.  Meet new people, get a little competitive.  $12 pitchers of select drafts.

The works in We Know You Are Watching offer a counter punch to surveillance culture, reminding us to acknowledge the presence of the camera and illuminating a path toward regaining autonomy.  By drawing attention to tactics used to gather personal information, offering methods for avoiding, disrupting, and opting out of the all pervasive culture of surveillance, the works provide multifaceted strategies for actively cloaking and disguising your identity.  FREE.

Have some crafty ish you’ve been having some difficulty carving out time for?  Well that bikini ain’t going to crochet itself.  Stop by Fancy Tiger this Tuesday (and any other Tuesday for that matter) to give yourself some hard-to-come-by me time and get your craft on friend.  FREE to the public; music and inspiration provided to boot. 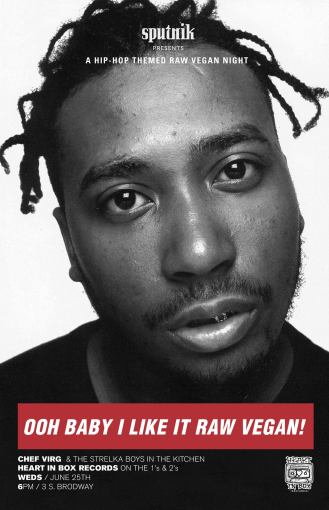 After your bicycle commute, enjoy hanging at the New Belgium Brewing beer garden, a live show by The Reals, a Primal Wear, Inc. fashion show, a tire-changing competition with cowbells from USA Pro Challenge, and yard games by Clif Bar!  Plus!  Timbuk2 is giving away a limited edition messenger bag, Elevation Cycles is giving away a commuter bike, and Primal Wear, Inc. will give away clothing during their fashion show.  Everyone will walk away with goodies and the warm fuzzies that come along with biking.  FREE.

The 6th annual Cactus Bike From Work Bash is a party for bikes and their people.  This event is FREE and will feature beer from Odell Brewing Co, food, entertainment, and a chance to party with Denver’s diverse bike community while supporting the work of BikeDenver.  Be there or be in your car stuck in traffic.

This hipster-flavored market features organic produce, flowers, local wares, live music, and food trucks.  Come celebrate their second year, which features even MORE vendors than last.  Plus, in honor of Bike To Work Day, Velosoul Cyclery and The Bike Depot will be on-site to talk shop.  Held on the lawn of the South Broadway Christian Church at 23 Lincoln Street.

One night only!  Neal Cassady: The Denver Years is a documentary based on the autobiographical accounts of Neal Cassady, his troubled youth in Denver and the crucial role that it played in the germination of American beat culture.  Tickets run $12 – $15; filmmaker Heather Dalton in-person!