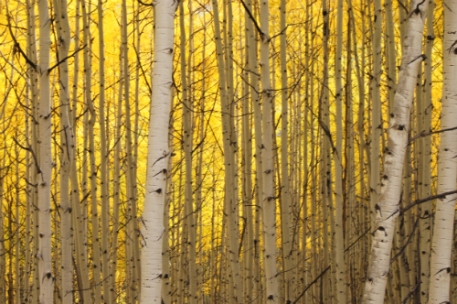 Happy fall suckas!  Although I always tend to mourn the passing of summer, after a whirlwind last couple of months, I am actually looking forward to things slowing down.  I am also pretty pumped for weekend lattes, lots of flannel, more dudes with beards, homemade soup, dark beers, autumn hikes, snuggling around fire pits, movie nights, and becoming a full-blown fantasy football freak.

And as we all get in the mood for autumn, here are some stuffs to do around town.

(And as per youzh, check-out Westword’s 10 things to do for $10 in Denver blog for free/low-cost events this weekend, including downtown Denver’s Oktoberfest, Morrison Ciderfest, and the Denver Record Collectors Expo.)

This “music walk/urban bazaar” oozes with creativity and community.  Live art, music, vendors, interactive street media, food trucks, and drink specials…what more do you need on a Friday night?  (Aside from Ryan Gosling texting you for a late night booty call, but let’s face it, he’s just not that into you.)  Additional music at The Meadowlark and Cold Crush, and for a $5 ticket enjoy these additional bennies.

Super funny super team delivers stand-up, sketch comedy, and hilariously polished videos at the Bug.  This month’s show is jammed with talent, including special guests Ron Babcock, Mac Blake, Mike Perry, and headliner The Puterbaugh Sisters.  Come laugh before you wake up crying on Saturday morning, trying to piece it all together.  Doors at 10; 10 bucks to get in; come early or be denied (and then what are you going to do, huh?)

For $15, enjoy a one-hour Vinyasa yoga class, followed by a fun social event fueled by Diebolt’s delicious brews, ping pong, and foosball.  This event is geared toward everyone, regardless of yoga skill or beer knowledge.  Come by yourself or bring a few friends!  Your first beer is included with the cost of the class!  Pre-registration is encouraged and participants should bring their own mat!

It’s hard to think of a better way to say goodbye to summer than gathering with great company to celebrate Oktoberfest!  The low-key, undeniably fun event is back with only the best beers, brats, and jams.  Find it on the 1500 block of South Pearl Street starting in the early afternoon until the late evening hours when no one wants to go home.  So grab your stein, pull out that German fedora and lederhosen, and come eat amazing food and drink lots of beer with us!  Additional activities include keg bowling, jousting house, stein hoisting competition, and live music.  FREE. 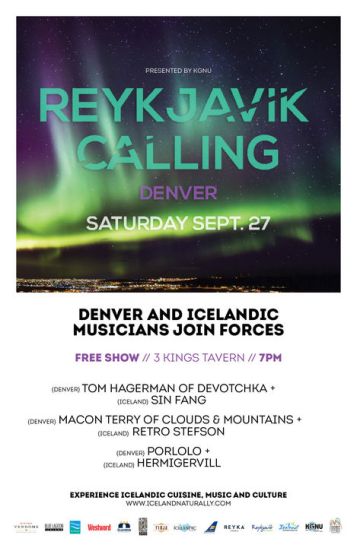 Reykjavik Calling, featuring top Icelandic artists paired with up-and-coming Denver musicians, is a FREE annual showcase celebrating emerging music from two very different parts of the world.  The vibrant music and chart-topping artists originating from this small Nordic nation has helped Iceland secure a special place within the international music scene.  Presented by KGNU 88.5 FM & 1390 AM, this FREE concert will feature musical mash-ups between Denver artists including Tom Hagerman (of DeVotcka), Macon Terry (of Clouds & Mountains), and Porlolo paired with Icelandic dynamos Sin Fang, Retro Stefson and Hermigervill.  Capacity is limited, so get there early!

Well, well, well…it’s been far too long since the Black Amex crew gave us all a reason to dance.  They’re not celebrating anything special other than a fare thee well to summer and a night of heavy drinking (in combination with dancing like a maniac).  It’s going to be an all-night adventure with special guests Dean Inman & Jacob Wood, playing disco, italo, and all the other things that make you dance all night.  Dress to impress Denver.  FREE.

Take a break from smashing PBRs with the bros and pop into Mutiny Information Cafe this Saturday night to grab a latte, hear some jokes, and peruse some vinyl.  This month’s comics include Grant Pardee, Aaron Brooks, Ron Babcock, The Puterbaugh Sisters, and hosting services by Timmi Lasley.  Come early to grab a seat as shit gets real, real quick!  FREE and cool.

For just $5 compete to win great prizes, including free ice cream for a year and tickets to Elitch Gardens, the Downtown Aquarium, and Katy Perry.  Judging is based on style, creativity, and best dressed.  All proceeds benefit participating neighborhood schools.  All ages welcome; bring your own hoop!

The 2nd Annual Denver Animated Pixelshow features the best animated shorts from Denver’s large and diverse animation community.  Hosted by Patrick Sheridan of the Emerging FIlmmakers Project, Gio Toninelo of the G.I. Joe Stop Motion Film Festival, and Dylan Otto Krider of The Ones and Zeroes Pixelshow.  Tickets are just $5.

FREE comedy show on the last Sunday of every month, featuring local and national talent in the coolest comedy club setting you’ve probably ever been to.  Pick-up a FREE Sexy Pizza slice card on your way out and end your night with some of the most delicious East Coast-style pizza in Denver.  This month’s comics include The Puterbaugh Sisters, Grant Pardee, Danny Palumbo, Mac Blake, Aaron Brooks, and headliner Ron Babcock!  Hosting services provided by Matt Monroe.  Plus, enjoy FREE street parking on Sundays!

Held the last Monday of every month, Freak Train has remained Denver’s most unique live entertainment experience for more than 13 years.  Hosted by the lovely and talented GerRee Henshaw, Freak Train showcases area performers from rank amateurs to seasoned pros, as they take the stage for five minutes.  Each performer or group gets to do pretty much anything they want to do.  Well, almost.  It might be the funniest five minutes of your life.  Might not.  Either way, it’s worth experiencing.  $5 cover, includes FREE keg beer.  Yep.

Consider joining the 9to5 Annual Soiree: Winning Justice for Working Women.  This exciting evening will highlight state legislative and local victories, recent achievements of community leaders, and business allies who are making a difference in the lives of working women.  Nita Gonzales, a noted community activist, educator, and nationally recognized leader in the struggle for social justice and equality, is the keynote speaker.  The evening will include spoken word, live music, dinner, a cash bar, a fun photo booth, and an exclusive silent auction – you don’t want to miss this event!  Tickets run $25 – $50.

Former Future is doing another Beer and Empanada Pairing with Maria Empanada at 7pm on Tuesday, September 30.  $18 gets you 4 beers and 4 empanadas – yum!  Tickets can be purchased at either establishment or over the phone at 720-441-4253.

Think of Open Screen Night as a monthly open mic night for short-form video.  And this month for their early Halloween-themed show, judges will include Timmi Lasley, Zach Antonio, and Byron Graham!  And, back this month is The Mystery Box!  What is it?  Well it’s a mystery.  You’ll have to show up to find out!  Submit your work for a chance to win awesome prizes!  Doors at 7pm; $5 admission.

Renegade Brewing Company and Sexpot Comedy present Offensively Delicious!  Offensively Delicious is the unofficial kickoff party of the Great American Beer Festival.  For the $40 price of admission, there will be a full stand-up sets from two of the nation’s most touted standup comics: Nikki Glaser and Adam Cayton-Holland and unlimited beer tastings from 10 kick ass breweries including Renegade, Epic, Breckenridge, Brooklyn, Community Beer, Ommegang, Santa Fe, Schmaltz, and Boulevard!  Get your tickets now!

Belly up to the serving line for an Italian-themed dinner at this month’s Chomp!  For just an $8 – $10 donation, enjoy a heaping plate of delicious vegan food, based on the chosen monthly theme.  This month’s menu includes fettuccine alfredo, mini calzones, salad, garlic bread,  and biscotti – feel free to BYOB.  This monthly community vegan dinner is open to all – you don’t need to be a card-carrying vegan to attend – and is ALWAYS delicious.  One of my favorite events in town!

One night only!  Twenty years after the release of Nas’s groundbreaking debut album Illmatic, Nas: Time is Illmatic takes us into the heart of his creative process.  Returning to his childhood home in Queensbridge, Nas shares stories of his upbringing, his influences — from the music of his jazz musician father Olu Dara to the burgeoning hip-hop scene in New York City — and the obstacles he faced before his major label signing at age 19.   Tickets run $10 – $12.