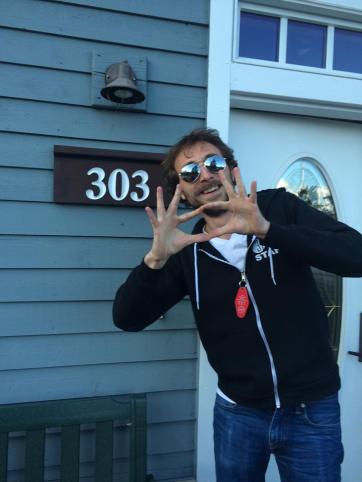 I need to come up with some sort of Bat-Signal to flash in the sky whenever I need film festival advice.  For now, I usually just send an email to Denver Film Society’s festival programmer, Matthew Campbell.  Not as cool, but definitely just as effective.

Since I started this site, Matt has constantly been nice enough to tell me what’s up film-wise in regards to the Starz Denver Film Festival.  For this episode of “Tell me what’s good, Matt”, our daring protagonist provides us with an inside look at the Stanley Film Festival’s scariest films, as well as the corresponding special events, which include a FREE immersive horror game and some sort of padded wheelchair nightmare.  The Stanley Film Festival takes place at the iconic Stanley Hotel in Estes Park on Thursday, April 30th through Sunday, May 3rd, 2015.  Hope to see you there.

How does SFF differ from other fests? A true destination festival where the location not only serves as a fantastic backdrop, but also immerses the attendees in all things spooky.

Who should go to the festival and why? Obviously the prime demographic is horror fans.  But we try to have a little something for everyone, so if you’re not a huge fan of scary movies, we have comedies and more “art house” and international fare.  Also, you can have a full weekend without stepping into a theater at all, with our immersive game (a mysterious scavenger hunt-type activity), bands, horror trivia, parties, etc.  Really SFF is for anyone who likes to have fun and spend a weekend in Estes Park with a community of like-minded folks.

What has been the craziest/most surprising thing to happen so far at the SFF? It would have to be the immersive game.  I can’t really go into great detail about the game as it is based on a mystery and participants must discover the clues to reveal the craziness.  The game has a whole new story this year, but those who participated last year will find some threads between the two.  Let’s just say those who “opt in” will not be disappointed.

How has this year’s festival become even more immersive for attendees? Outside of the immersive game, we’ve added some really cool elements like the CATATONIC virtual reality experience, where individuals are seated in a padded wheelchair for a 3D 360-degree ride as an insane asylum patient.  Also, the Friday night Itchy-O performance promises to “immerse” everyone in a dark carnival event.

In your opinion, what is the scariest movie in this year’s fest? Eh, that’s really hard.  But I would say Goodnight Mommy or The Nightmare (which is crazy since The Nightmare is a documentary).  Also, the short Boniato, for minute by minute scares is quite impressive.

Do you think The Stanley Hotel is really haunted? No, I’m a skeptic in those matters.  But yeah you never really know; I’m more open to imprinted energy from the past lingering around as opposed to traditional ghosts.

The festival is now in its third year; what have you learned? It doesn’t matter how long you’ve been doing it; there are always new challenges, especially when something is still so new and forming its identity.  But at the same time, that’s what makes it exciting.

Like what you’ve read and what to get the deets on attending this year’s fest?  Click here for more information on tickets, special events, and lodging.