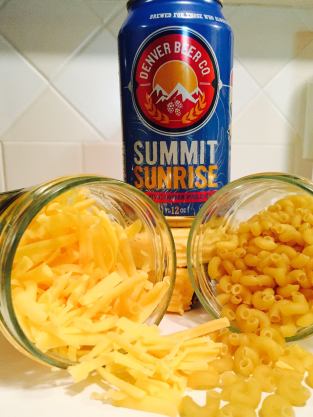 The positive impacts of the craft beer explosion in and around Denver stretch beyond the abundant and quality consumption choices. In a study recently released by the Metro Denver Economic Development Corp. and chronicled in The Denver Post, the beverage industry cluster – including malt beverages, wines, distilled liquors, bottled drinks, and ice products – has added nearly 1,600 jobs in the five-year period dating back to 2010 and now directly employs around 8,640 people in the nine-county Metro Denver and Northern Colorado region.

While we’ve certainly seen an increase in artisanal “ice products,” it’s safe to say the growth has been mainly a reflection of the craft beer boom. The Centennial State, “is home to more than 10 percent of the nation’s craft breweries and the state ranked first in the nation for output per capita,” according to the report.

The report echoes the national trend of consumers eschewing mass-produced macro beers in favor of, “a growing variety of craft-style products due to their local flair, quality ingredients, and variety of style offerings.”

In fact, the beverage cluster saw the fourth highest one-year employment growth in 2015 at 5.2%. That growth trailed only cleantech (8.5%), investments (7%) and healthcare & wellness (5.5%). Beverage production in the area ranked third amongst the 50 largest metros in terms of employment concentration.

So, the next time you’re imbibing in your favorite taproom, consider the economic impact you’re having on your community, pat yourself on the back, and order another pint.

Guest brewers, Darci and Josh, will be on hand to tap and discuss their 7.3% ABV Candy Bar Milk Stout. The recipe is based on a beer Darci tried at the Great American Beer Festival from Arizona’s Fate Brewing and includes Ghanaian cacao nibs, caramel, and roasted peanuts. The Bamboo Skewer will be serving up eats.

Epic’s quarterly series focuses on the hallowed triumvirate of beer, coffee, and art. Sample Anyetsu, a medium-bodied, dry-processed African bean by NOVO Coffee along with Epic’s 825 State Stout. Artist Monica Moonlight will be presenting her clay, fabric, and yarn art. Attendance is limited to 20 people and tickets are available in advance at the brewery for $20. Cost includes tasting and take-home bag of coffee branded with details of the event.

It’s been two years since Dry Dock has packaged its popular 8.75% ABV Tripel recipe. The light-colored Belgian-style ale carries hints of peppery phenolic and fruity esters for a powerful punch balanced by a subtle sweetness.

The GABF gold medal winning-stout with a spicy kick is back, this time in bourbon barrels. Previously released in bottles, this batch (which also has fresh vanilla beans added) will only be available on tap. Smoke: Colorado Craft Barbecue will be providing food.

Former Future is throwing a two-day party to celebrate turning two. Friday will feature a Prohibition-themed night with electro-swing, beer cocktails, photo booth, and the return of Cat Sabbath, a Russian Imperial Stout clocking in at an astounding 23% ABV. Saturday will see new beers tapped every hour and music by Mile High Soul Club. So far the docket includes Black Project Dreamland Golden Sour with Starfruit, Pomegranate Espresso Latte Porter, Reaperhouse (Countinghouse Cream Ale with Reaper Chiles), The Last Word Cocktail-Inspired Grisette, Coconut Lime Pistachio Cream Ale, one new sour brown, and a fresh batch of Putin on the Fritz, aged in a George Dickel Whisky Barrel. The first 50 folks through the door on Saturday get a Former Future glass and a free pour for the celebratory toast. No cover.

Mardi Gras kicks off on February 9th, but Zephyr is celebrating early with a New Orleans-themed shindig, which includes Cajun food, Dixieland jazz, and a tapping of their “latest and greatest” version of Blood Orange Pale Ale. Bring a masquerade mask and be prepared to collect beads to earn FREE beer.

There’s a reason they call this 17.5 ABV, espresso-infused, bourbon barrel-aged beer Tweak. Besides making you jittery, the name is slightly more family-friendly than its original moniker, Meph Addict (FTW). This version was made with 1.6 lbs. of Ozo Coffee per barrel and will be available in the tap-room and in limited-quantity bottles. Get there early.

While chili is the standard cook-off fare, DBC will be holding a different comfort food up for judgement. They’ve paired down all of the mac & cheese entries to the seven most appealing and will award prizes in three categories: Almost As Good As Your Mom’s, Most Creative, and Best Use of Beer. Be punctual as the first 100 will get to sample and vote at this FREE event.

Get a 90-minute crash course in this Hawaiian instrument, favored by one of Adam Sandler’s most under-appreciated roles. Learn ukulele tuning, strumming, and music theory while enjoying one full pint and three tasters of Renegade brew for just $15. Ukes will be provided but feel free to bring your own (BYOU).