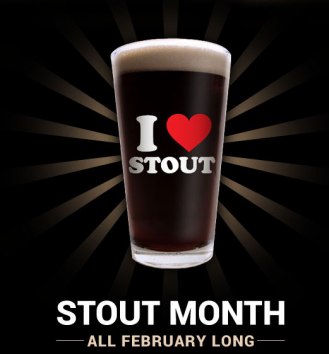 Last week, we touched upon James Madison’s supposed desire to create a Secretary of Beer position, a.k.a. Best. Job. Ever. While that appointment was never made, many elected officials have taken it upon themselves to rally on behalf of craft beer. Back in 2007, Rep. Peter DeFazio (D-OR) founded the House Small Brewer’s Caucus (HSBC). It’s made up of House members with like-minded legislative goals; 200 members, in fact, from 43 states.

In response to the recent acquisition of SABMiller by Anheuser-Busch InBev (ABI), the caucus composed a letter to the Department of Justice (DoJ) voicing concern over the potential impact of such a large conglomerate on small and independent brewers and asked for a “comprehensive review” of the merger. Craft beer currently supports 115,000 jobs across the country and has an economic impact of $55.7 billion.

The letter specifically calls out the Dr. Evil/Virtualcon-esque figures: “If ABI’s acquisition of SABMiller proceeds, the combined new company would represent 58 percent of global beer profits, casting a long shadow in the U.S. marketplace where ABI, already the largest brewer, would increase its dominance.”

The letter goes on to highlight the industry’s patriotic plotline: “Craft beer is an American success story, representing over 11 percent of the American beer market and growing at double-digit rates each year as consumers savor variety…These American businesses have been able to start, grow and reach new markets through an independent and competitive distribution system.”

Since the deal is not expected to be finalized until later this year, the stated concerns will hopefully be added to the dossier of info the DoJ considers when reviewing the merger.

Halfpenny, the pet project of homebrewers Chris Garner and Chris Reigrut, will open its doors with 5 standard and 2 rotating taps (although they’ll eventually offer up t0 12 selections). Brews include: Clementine American Wheat, Melanie’s Helles, Centennial Colorado Common (dry-hopped with), Pingin Irish Red, Oatmeal Stout, German Farmhouse Lager, and Smoked Porter. The brewery is located in the former Fox & Hound restaurant space in Centennial and the plan is to utilize the leftover kitchen eventually. For now, they’ll have menus available from neighboring restaurants.

Only a few more days to savor Stout Month so get thee to South Dock for a version based on everyone’s favorite Girl Scout cookie. Just remember “each person must act in accord with their conscience” when it comes to supporting nefarious organizations such as the GSA…

Get a preview of what will be offered at the upcoming Collaboration Fest over at TRVE. They’ve teamed up with Prairie Artisan Ales to brew a barrel-fermented gose, utilizing peaches from Oklahoma and Colorado. Limit six bottles per person.

Speaking of those omnipresent Girl Scouts, Boggy Draw is taking five popular selections and pairing them with inventive brews: Savannah Smiles with Cowboy Cream Ale, Samoas with Malkied Scottish Covenator, Thin Mints with Dry Stout, Tagalongs with Elkspresso Coffee Stout, and Do-si-dos with Stay Puft Marshmallow Mang Belgian Dubbel. $10 a flight. And, if it needs to be mentioned, cookies will be available for purchase

Once a year, Station 26 brews the 11.4% ABV Dark Star Imperial Stout. This past year, they threw it in Heaven Hill bourbon barrels to age for 13 months. The result will be available in tap and in bottles ($20/22 oz. bottle).