Dear Denver, I am having a bit of a rough week. Where can I go to LOL? 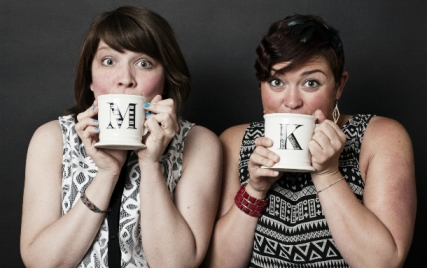 “They” say that laughter is the best medicine, and for rizzle, I think “they” are right.

It never fails – I am having a lame week, or I’m stressed out about money, or feeling blah about work, and then I go see some stand-up ha-ha and all is right in the world.

If you don’t know, the comedy scene in Denver has gotten crazy good.  I mean cray cray goooooo-ooood.  Literally any night of the week you can go see a showcase or an open mic and it will be something to brag about the next day.  And most of it is free!  Free therapy, y’all.  You know you needs it.  Peep the list below for just a smattering of what’s going on and be sure to check-out 5280comedy.com and Sexpotcomedy.com for even more listings and events.

(In addition to these reoccurring events, also be sure to peep the special events at the Voodoo Comedy Playhouse and Comedy Works for even more opportunities to ROFL.)

Open Mic at the Squire Lounge: Every Tuesday starting at 11:30pm; FREE.  Open mic comedy on Colfax, hosted by Sam Tallent.  The last time I went to this event, a hobo set fire to a trash can in front of the door so nobody could leave #nuffsaid

Greater Than Social Club at 3 King’s Tavern: Every second Tuesday of the month starting at 8pm; $6 cover.  Hosted by Ian Douglas Terry, The Greater Than Social Club offers its guests 2 comedians and 2 bands, all for the price of a large, pimped-out latte.  And the whole thing is over by 10pm (for all of you office rats like me).

Open Mic at the Syntax Physics Opera: Every Wednesday starting at 9pm; FREE.  This one is a real class act; enjoy small plates and cocktails while you LOL  your way over the hump.  Hosted by Mara Wiles.

Too Much Fun! at the Deer Pile: Every Wednesday starting at 10:30pm; FREE.  The Fine Gentleman’s Club is no joke.  (HAHAHAHAHAHAHAHAHAHAHA, GET IT?!?)  JK.  But they seriously are some hard-working comics.  And they are smart and original and pretty hilar.

Three Course Comedy at the Deer Pile: Every fourth Wednesday of the month starting at 8pm; FREE.  3 Course Comedy is a monthly food-based comedy showcase hosted by Adrian P. Mesa and Eric Henderson.  Each month, three comics bring food (appetizer, main course, dessert – all vegetarian) and food-based material.  Each show is recorded and released as a podcast available on iTunes and at 3coursecomedy.com.  FREE comedy and FREE food y’all #hobodelight

Comedy Room Room at El Charrito: Every Thursday starting at 10pm; FREE.  Enjoy Mexican food and some dranks along with your comedy at Denver’s only 5-star dive bar.  Hosted by Timmi Lasley.

Cool Shit at the 3 King’s Basement: Every Thursday starting at 8pm; FREE.  Cool Shit is the newest comedy drug that all the cool kids are doing (and that one kid’s dad).  Presented by Ian Douglas Terry, Zach Reinert, and Andrew Bueno.

Sexpot Comedy Presents: The Wild Geese of Goosetown at Goosetown Tavern: Every third Thursday of the month from 8 – 10pm; FREE.  Hosted by Jeff M. Albright. 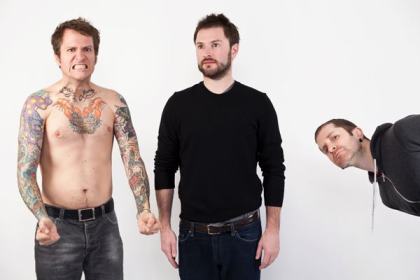 King Me! Comedy Happy Hour at 3 Kings Tavern: Every Friday from 6 – 8pm; FREE.  Open mic hosted by Nathan Lund.  Start your weekend off right with drink specials and laughing, and do it in one of Denver’s coolest hoods.

Mile High Sci-Fi at the Alamo DraftHouse: Usually the fourth Friday of the month starting at 7:30pm; $12.  Once a month, a really bad movie is shown and local comedians make fun of it, a la Mystery Science Theater 3000.  Clever and inappropriate, with some of the best audio gags [insert boner noise here] I’ve ever heard…Plus theater ninjas bring you food and booze!  Hosted by Harrison Rains, with additional appearances by Chris Charpentier, Kevin O’Brien, Sam Tallent, and Nathan Lund.

The Grawlix at the Bug Theatre: The last Friday of every month starting at 10pm; $10 cover.  Super funny super team delivers stand-up, sketch comedy, and hilariously polished videos at the Bug.  Visiting comics round out the bill during this monthly hipster laugh fest.

Midnights at the 3 King’s Basement: Every Saturday starting at 12am; FREE.  Start mainlining those Red Bulls!  This new & FREE comedy showcase takes place every Saturday at midnight in the basement of 3 King’s Tavern.  Hosted by Eric Henderson and Cory Helie.

Saturday Evening Live at El Charrito: Second Saturday of the month starting at 7pm; $5 suggested donation.  Get your comedy on early at this 7 – 9pm comedy showcase and stay for drunken karaoke afterwards.  Hosted by Timmi Lasley.

Arguments & Grievances at the Vine Street Pub: Every third Sunday of the month starting at 10pm; FREE.  Come hear some of Denver’s best comics (and the occasional visitor), debate such important topics as Clowns vs. Mimes, Road Trips vs Acid Trips, and Kid vs. Play.  Hosted by Kevin O’Brien.

Propaganda at Lannie’s Clocktower Cabaret: The last Sunday of every month starting at 8pm; FREE.  Free comedy and free pizza, wtf?  Bring some cash (or a card) to sip a drink (or five) while listening to local and national talent in the coolest comedy club setting you’ve probably ever been to.  Pick-up a free Sexy Pizza slice card on your way out and end your weekend feeling like a straight-up baller.  Hosted by Matt Monroe.

5 thoughts on “Dear Denver, I am having a bit of a rough week. Where can I go to LOL?”