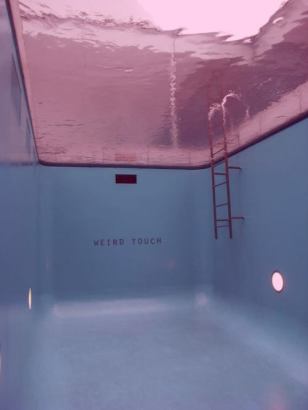 Denver!  It’s another weekend of sunshine!  The planet may or may not be exploding, but at least you can have some fun!  Whether you’re into Devo, Bowie, The Smashing Pumpkins, potty humour, sexy dance parties, William S. Burroughs, Blazing Saddles, punk rock karaoke, punk rock that isn’t karaoke, and/or old-school cartoons, your calendar be STACKED this week.

(And as per youzh, check-out Westword’s 10 things to do for $10 in Denver blog for free/low-cost events this weekend, which includes Art of Winter and Boots & Cats 3.)

Mixing hip with the weird, Black Sheep Fridays runs weekly January 23 to March 27, from 6 – 8pm in the MCA Café.  Visitors can stop by anytime during the evening to experience the fun (happy hour runs from 5 – 7pm).  This week’s theme is Devo vs. Bowie: Karaoke Showdown.  Be prepared to sing your favorite Devo/Bowie tunes.  Or just watch.  Free for members, $5 for regular people.

Beautiful babies of Denver, come dance it out at one of Denver’s favorite indie rock dance nights, featuring hollow and DJ Tower.  And to sweeten your evening, James Iha, co-founder of The Smashing Pumpkins and guitarist for A Perfect Circle, will be spinning an exclusive DJ set at midnight!  Tickets are $9 – $10 and pre-sale is highly encouraged.  Read more about this event here.  Life is short; go to Lipgloss.

Drop your child off to tinker the afternoon away.  Kids will have access to tools, materials, and art supplies to build and play to their little heart’s content while you get your errands done run.  Participants will learn the basics of tool safety and workshop etiquette under the supervision of a licensed art teacher and momma of two little makers.  Appropriate for ages 4+; kids ages 2 – 3 years may attend with an adult.  $25 per session.  Space is limited to 8 participants each week; pre-pay online to reserve your spot.

Come help sully the good name of The Spruce Tap House for their grand opening party with Comics Against Civility fan favorites Aaron Urist, Janae Burris, Elliot Woolsey, and Chris Charpentier!  Drink specials and smoked food will remind you of the eternal flames that wait for everyone all after the show.  Audience members win prizes by submitting questions that the contestants will answer during the show.  The bounty this month includes free Sexy Pizza, Illegal Pete’s burritos, weird prizes, and more!  You must arrive early to win prizes.  FREE.

The Denver Art Museum’s young philanthropist group, CultureHaus, invites you to Art of Brilliance, a fabulous night and exclusive showing of the museum’s Brilliant: Cartier in the 20th Century exhibition.  While viewing striking Cartier jewelry, timepieces, and precious objects, guests will sip on Veuve Clicquot champagne and cocktails as they delight in dessert, live jazz, burlesque beauties, diamond-themed manicures, and a silent auction.  Tickets run $75 – $110 and all proceeds from the evening benefit and assist future DAM programming.

Ditch the limelight, forego the scene, and explore the delightfully dimly-lit corners of your city.  Weird Touch is a new(ish) all-vinyl dance party collaboration offering an eclectic, yet cohesive mix of darkly-tinged nu-disco, indie dance, and weird house.  Food served until 10:30pm.  Only $5 to dance dance dance.

Ever wake up from a monster nap on a Saturday night and think, now what?  This FREE comedy showcase takes place every Saturday at midnight in the basement of 3 King’s Tavern and delivers some of the best local talent that Denver has to offer.  Hosted by Eric Henderson and Cory Helie.

One screening only!  Effectively lost for over a decade, Howard Brookner’s wonderful and intimate film about the remarkable William S. Burroughs makes a triumphant return to the big screen with this new digital restoration.  Burroughs: The Movie remains the first and only film about Burroughs made with his complete cooperation and his humor and humanity are evident throughout, even while Brookner picks at the scabs of some sensitive moments in Burroughs’s life.  Tickets run $7 – $10.

What could be better than spending Sunday evenings this winter cozying up to watch a classic movie with a red ale in hand?  This week’s film is Blazing Saddles.  Be sure to come early to secure a spot.  FREE.

FREE comedy show on the last Sunday of every month, featuring local and national talent in the coolest comedy club setting you’ve probably ever been to.  Pick-up a FREE Sexy Pizza slice card on your way out and end your night with some of the most delicious East Coast-style pizza in Denver.  This month’s comics include Nathan Lund, Timmi Lasley, Matt Wayman, and headliner, Justine Marino!  Hosting services provided by Matt Monroe.  Plus, enjoy FREE street parking on Sundays!

Think of Open Screen Night as a monthly open mic night for short-form video.   Submit your work and see it with an audience on the big screen.  $5 admission.

Wednesday, January 28, 2015 @ 7:30pm: The Reclamation of the Musical or How to Stop Worrying and Love the Dance at Cafe Max

Although musicals have been a permanent part of the lexicon since near the beginning of cinema, amongst film buffs and cinephiles the genre often gets generalized and left out in the cold.  In this new film series, participants will watch a wide variety of musicals from a few different countries, highlighting how the musical evolves to fit a culture’s needs at the time.  This week’s film is Meet Me in St. Louis.  Come early to take advantage of food and drink specials!  FREE.

Come check out the Beauty Bar’s new weekly, Teez Me Pleaze Me.  All the hits from the 80s, 90s, 2000s, and today!  From Prince to Little Dragon, from Madonna to Rhianna, from Cindy Lauper to Miley Cyrus  – all your guilty pleasures.  Baby it’s cold outside, so come get warm on the dance floor!  $15 martini/manicure all night long, $3 well drinks for ladies, plus buy any shot and get a free PBR!  No cover.

Movie Night at GLOB returns with a full slate of local film shorts and videos.  Screening starts shortly after 8pm; bring your own lawn chairs.

Cool Shit is the newest comedy drug that all the cool kids are doing (and that one kid’s dad).  This week’s show will feature Jordan Doll, Christie Buchele, Preston Thompkins and others, in addition to headliner, Ben Roy.  FREE show, cash bar, cool shit.

Recording with J. Mascis and catching the ear of the man who signed Madonna and the Ramones, the teen band Residual Kid is gracing Illegal Pete’s South Broadway for a FREE show.  Speed Wobble will also be getting loud.  Attendees are encouraged to arrive early in order to secure a spot.

Happy Friday eve!  This Thursday night, enjoy some Motown jams served up with chicken & waffles (free with a purchase of a drank) with DJs Maladjusted and Caramello.  No cover all night; $4 Breckenridge brews.

It’s the two-year anniversary show!  Cartoons & Comedy is a nostalgic comedy show, created by Christopher Baker, that features comedians riffing on your favorite cartoons and commercials from the 80s and 90s.  This particular show will be stocked with talent: Aaron Urist, Jim Hickox, and anniversary superstar, Sean Patton.  YES!  The show is FREE.  There will be cereal and beer available by donation #diabetes