In the meantime, distract yourself from the frigid temps by check-outing these super fun time events.

(And as per youzh, check-out Westword’s 10 things to do for $10 in Denver blog for free/low-cost events this weekend, including the Something Fabulous Comedy & Burlesque Show at blush & blu and The Vagina Monologues at the Mercury Cafe.)

Mixing hip with the weird, Black Sheep Fridays runs weekly January 23 to March 27, from 6 – 8pm in the MCA Café.  Visitors can stop by anytime during the evening to experience the fun (happy hour runs from 5 – 7pm).  This week’s theme is Team Failure, which will be hosted by MCA Denver’s Teen Program.  For teens, by teens.  Free for members, $5 for regular people.

Untitled Final Fridays feature behind-the-scenes tours, performances by local artists, opportunities to make and create, and much more.  Top it off with a cash bar, munchies, and a dose of the unexpected, and you’ve got a great night out.  This month’s theme is Statement Piece: Make a lasting impression in different media, from fashion to film.  This event is included in regular museum admission; college students with valid ID receive 2-for-1 admission.  Event program can be viewed here.

Formerly known as Comics Against Civility, Uncalled Four is a hilariously inappropriate game played by four of Denver’s funniest comedians and YOU!  Come join comedians Zach Reinert, Dick Black, Kevin O’Brien, and Christie Buchele as they compete to see who is the funniest/most terrible.  Audience prizes include free Sexy Pizza gift cards, 420 prizes (with a 21+ ID), Illegal Pete’s burritos, free drinks, awful literature, and more!  Doors open at 7pm and you must arrive early to win prizes!  Tickets are just $5.

Beautiful babies of Denver, come dance it out at Denver’s favorite indie rock dance night, featuring Hollow and DJ Tower.  This is the only event where you can lose it to Neil Diamond, Bloc Party, Queen, The Supremes, Iggy Pop and LCD Soundsystem all in one night.  Plus!  To sweeten your evening, the crew will be giving away tickets to see Flight Facilities and The Church Band around midnight.  Free before 10pm, only $5 afterwards.  Life is short; go to Lipgloss.

Super funny super team delivers stand-up, sketch comedy, and hilariously polished videos at the Bug.  This month’s show is jammed with talent, including special guests Derek Sheen, Kristin Rand, Brian Cook, and [insert surprise guest comedian from Denver by way of Silicon Valley].  Come laugh before you wake up crying on Saturday morning, trying to piece it all together.  Doors at 10; 10 bucks to get in; come early or be denied (and then what are you going to do, huh?)

Strangers I Know applies to not only the strangers we photograph in public spaces but also to those we photograph in our personal lives that we might not know as well as we think we do.  This exhibit will feature all 35mm film photography from a group of young artists between California, Washington and Colorado and is curated by Mario Zoots.  DJ set by Spencer Foreman; FREE.

A brand-new storytelling show all about doing something for others. Whether it be a tale about a nightmare brunch shift or a harrowing military experience, these stories will run the gamut of servitude.  Last Saturday of the month at the Phoenix Room located in the basement of 3 Kings.  FREE.  View list of storytellers here. 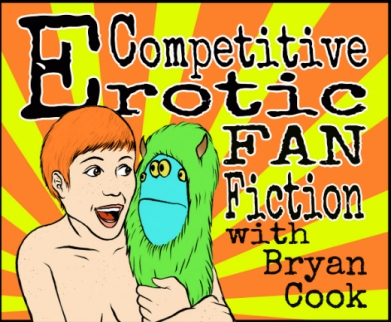 Take a break from smashing PBRs with the bros and pop into Mutiny Information Cafe this Saturday night to grab a latte, hear some jokes, and peruse some vinyl.  This month’s comics include Meaghan Shaha, Byron F. Graham, Stephen Agyei, Jordan Doll, and hosting services by Timmi Lasley.  Come early to grab a seat as shit gets real, real quick!  FREE and cool and now sponsored by Illegal Pete’s!

One night only!  Join the Colorado Local Food Summit Monday night at the SIE Film Center for a screening of Truck Farm, a film that tells the story of a new generation of quirky urban farmers.  Blending serious exposition with serious silliness, Truck Farm entreats viewers to ponder the future of urban farming, and to consider whether sustainability needs a dose of whimsy to be truly sustainable.  Tickets run $7 – $10. 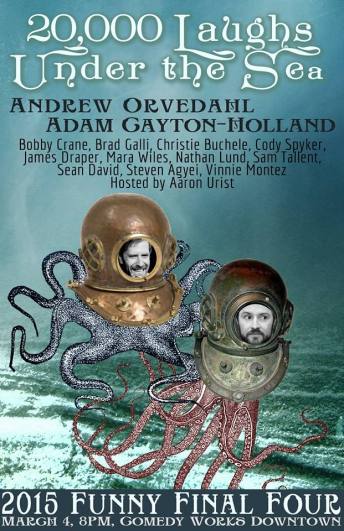 A nautically themed evening of frivolity, good humor, stand-up comedy and impeccable taste, with a selection of Denver’s greatest comedians.  Tickets are $12.

Come check-out the Beauty Bar’s new weekly, Teez Me Pleaze Me.  All the hits from the 80s, 90s, 2000s, and today!  From Prince to Little Dragon, from Madonna to Rhianna, from Cindy Lauper to Miley Cyrus  – all your guilty pleasures.  Baby it’s cold outside, so come get warm on the dance floor!  $15 martini/manicure all night long, $3 well drinks for ladies, plus buy any shot and get a free PBR!  No cover.

The Writing on the Wall is an event presented by the Third Way Center Young Professionals Board to bring awareness to the work of Third Way Center and “Truth and Hope”, as interpreted by various local artists.  Along with free drinks, live music, a food truck, and original art for sale, they will be showcasing how Third Way Center enriches its residents’ lives.  Please join them for this event and donate to a cause that ensures the success of young lives that seek an alternative path, a Third Way.  Tickets cost $35.

Come watch old episodes of Sex and the City get ripped on by some self-actualized, strong female comics.  This show will include Jill Tasei, Miriam Moreno, Christie Buchele and Mara Wiles throwing shade at the cougars in stilettos.  Show is FREE and the cosmos will be flowing!

Happy Friday eve!  This Thursday night, enjoy some Motown jams served up with chicken & waffles (free with a purchase of a drank) with DJs Maladjusted and Caramello.  No cover all night; $4 Breckenridge brews.