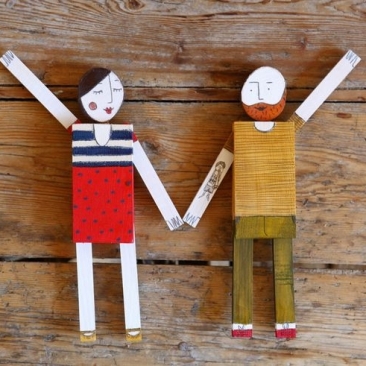 It’s Parent’s Night Out at The Craftsman & Apprentice

As you probably already know, I am a big fan of independent film and in particular of the Denver Film Society (DFS).  This week, DFS will be kicking off its fifth annual Women + Film VOICES Film Festival, which runs Tuesday, March 17th through Sunday, March 22nd.  Ladies, this is where you’ll want to go for a good healthy dose of inspiration.  Dudes, this is where you’ll want to go to learn how to stop being such a dude all of the time.  In addition to a number of award-winning films, the festival also includes salon discussions, in-person guests, and receptions to further celebrate the thought-provoking, inspirational stories of women from around the world.  Tickets can be purchased individually for each film online or you can go all-in for a festival pass.

(And as per youzh, check-out Westword’s 10 things to do for $10 in Denver blog for free/low-cost events this weekend, including Frozen Dead Guy Days in Nederland and the 5th annual Seed Swap at The GrowHaus.)

Mixing hip with the weird, Black Sheep Fridays runs weekly January 23 to March 27, from 6 – 8pm in the MCA Café.  Visitors can stop by anytime during the evening to experience the fun (happy hour runs from 5 – 7pm).  This week’s theme is Black Sheep Pi Day (Eve), which includes irrational parlor games with pi and pie, hosted by Andrew Novick.  Free for members, $5 for regular people.

Parents!  Enjoy a night out while your kids enjoy a night in with a little creating, some game playing, and a pizza party.  Online payment required to confirm registration.  Ages 4 – 10 years old; cost is $30 for one child or $50 for two (friends or siblings).

From the folks that brought you TheBigWonderful comes the all-new Friday Night Bazaar.  What is the FNB?  Well, it’s a highly-focused artisan event that combines local farm-fresh food, live music, crazy cocktails, and vintage crafts into one centralized marketplace.  Located in a funky renovated warehouse space in Denver’s RiNo district, Friday Night Bazaar aims to be the unconventional showcase for the Mile High’s unique talent!  Plus!  Tonight enjoy live music from Joe Smith and the Spicy Pickles Jazz Band and SuperCollider.  FREE.

Do you speak Spanish or kind of speak Spanish?  Have you been looking for an opportunity to practice?  Then dust off those tildas and head on over to Hooked on Colfax this Friday night to have some drinks, roll your Rs, and make some new amigos.  Como se dice, “I once got busy in a Burger King bathroom”?  FREE.

Beautiful babies of Denver, come dance it out at Denver’s favorite indie rock dance night, featuring Hollow, DJ Tower, and special guest, DJ Tyler Snow.  This is the only event where you can lose it to Neil Diamond, Bloc Party, Queen, The Supremes, Iggy Pop and LCD Soundsystem all in one night.  Plus!  To sweeten your evening, the crew will be giving away tickets to see The Replacements and the Dodos around midnight.  Free before 10pm, only $5 afterwards.  Life is short; go to Lipgloss.

On the second Saturday of each month, Buntport presents you with three stories related to a theme.  This month’s theme is Cheater Cheater Pumpkin Eater!  Two of these tales are true, but one of them is nothing but a fib.  Can you figure out which one is baloney?  Fun for all ages (seriously grown-ups, this is an event that both you and your kids will enjoy), cute contests, and prizes to boot.  Tickets are just $6 – $8, with $1 off if you dress as a duck, or something pretending to be a duck.  (So in other words, whatever you were planning to wear that day anyway.)

Playing with Beauty at RedLine

From Ravi Zupa, “The meaning of the tile of this exhibition ‘The Calm’ is entirely obvious and uncomplicated.  There is a stillness that surrounds all the chaos, violence and madness of life; a stillness without which the storm would be without any reference.”  This is the first exhibit in Black Book’s new space; it will be comprised of Ravi’s paintings and sculptures.  Artist will be in attendance.  This event is FREE and open to the public.

Mark Sink returns to RedLine to curate this year’s Month of Photography’s signature exhibition, Playing with Beauty.  Beauty is a subjective and often controversial subject in art.  Playing with Beauty specifically explores how the loaded subject of beauty is now being approached or “played with” in photography today.  The interpretations in this show range from classical to conceptual, from humorous to very dark.  Tonight’s event will also include a flash dance performance by Wonderbound.  Role Play will also open the same evening in the Project Space.  FREE.

Adaptive Adventures Casino Night: In the Emerald City is a fundraising event to benefit Adaptive Adventures Adaptive Sports For Kids (ASK), which annually facilitates rehabilitation through sports for over 800 disabled youth and their families.  This annual event, now in its third year, is sure to be something to talk about with fire performers, show girls, a DJ, aerialist, tarot readings, arcade games, an art exhibit, expanded casino games, an exclusive VIP lounge, and the largest dance floor in Denver!  Tickets start at $75 and include open bar and food.  Paaaaarty!  (For a good cause.)

Ben Kronberg will be paying a comedic visit to Syntax Physic Opera, along with musical guests Chris Hayzel, Riverside Drive, and Real Cosby. $8.

This Sunday, hide from your weekend regrets with the Alamo’s Vampire Brunch, featuring a pre sell-out Nick Cage in Vampire’s Kiss.  This event features a vampire-inspired brunch menu (duh), 2-for-1 mimosas, and a special in-theater musical performance starting at 11am.  Tickets cost $12.00.  Vampire Brunch occurs every 1st and 3rd Sunday of the month.

Give the middle finger to Monday and come out for some quality laughs and some quality brews.  Debates this month include Bark vs. Bite, Pie vs. Pi, Julius Caesar vs. Caesar Salad, Sweet vs. Sour, and the headlining debate, Real vs. Fake.  FREE.

Come out for the opening night of the Women+Film VOICES Film Festival to experience The Mask You Live In, followed by an in-person director Q&A and guest reception.  This powerful documentary by Jennifer Siebel Newsom (Miss Representation) explores how our culture’s narrow definition of masculinity is harming our boys, men, and society-at-large and unveils what we can do about it.  Tickets run $20 – $25.

The Great Debate pits teams of non-experts head-to-head, toe-to-toe, and often dumb-to-dumber in lively debates of the inconsequential.  Mundane topics are brought to life by ordinary, but opinionated folks.  You’re bound to be a flip-flopper after listening to compelling arguments on things that never mattered.  This month’s theme?  Pot of gold vs. Pot.  Box office opens at 7:30pm, and the feud starts at 8pm.  $5 – $8, depending on your luck, or reserve your spot ahead of time.

There is a first time for everything, and that includes seeing a kick-ass rock band in a library.  Come on out for this FREE performance by The Outfit, who are one of my local faves, and stay for the sweet-smelling books.

If you haven’t been to The Narrators before, it is pure gold.  It is essentially like This American Life unfolding right in front of your beautiful smiling face.  One of the best things to do in Denver – hands down.  This month’s theme is “Symbiosis″ and to celebrate their 5th anniversary, there will be two shows this evening and a special reading from Hutch Harris of The Thermals.  Admission is FREE, plus there is cheap can beer to sip on while you listen, haaaaaaaaaaay.

Come check-out the Beauty Bar’s weekly jam, Teez Me Pleaze Me.  All the hits from the 80s, 90s, 2000s, and today!  From Prince to Little Dragon, from Madonna to Rhianna, from Cindy Lauper to Miley Cyrus  – all your guilty pleasures.  Spring is in the air, so it is time to get crunk!  $15 martini/manicure all night long, $3 well drinks for ladies, plus buy any shot and get a free PBR!  No cover.

The Huddle brings sports enthusiasts together to converse about sports and civic issues, all in one evening.  For tonight’s event, participants will watch the Sweet Sixteen of the NCAA Men’s Division I Basketball tourney on the big screen.  At halftime, and after the game, there will be a lively conversation with sports fans and sports insiders– including KGNU’s Josh Chetwynd (of The Real Deal In Sports) and the Sportswomen of Colorado Association’s Hannah Krieger–on topics ranging from the glass ceiling to the role that money plays in college sports.  FREE.