Denver!  Did you know that today is the #InternationalDayOfHappiness?  I did not until I saw a group of children walking down the 16th Street Mall chanting “Be happy!” over and over again.  Apparently these kids were acting as “happiness activists”.  One of them handed me this, telling me that it was a “happiness bomb”.  Definitely a highlight of my day.

So whatever you decide to do this weekend, make sure it makes you happy, xoxo.

(And as per youzh, check-out Westword’s 10 things to do for $10 in Denver blog for free/low-cost events this weekend, including Makers Gonna Make Community Social at Deny Designs and Maxfund’s Chili Cookoff at Celtic Tavern.)

Mixing hip with the weird, Black Sheep Fridays runs weekly January 23 to March 27, from 6 – 8pm in the MCA Café.  Visitors can stop by anytime during the evening to experience the fun (happy hour runs from 5 – 7pm).  This week’s theme is Are You Smarter Than A Curator?  Test local curators’ knowledge of popular culture.  Free for members, $5 for regular people.

From the folks that brought you TheBigWonderful comes the all-new Friday Night Bazaar.  What is the FNB?  Well, it’s a highly-focused artisan event that combines local homemade food, live music, creative cocktails, and vintage crafts into one centralized marketplace.  Located in a funky renovated warehouse space in Denver’s RiNo district, Friday Night Bazaar aims to be the unconventional showcase for the Mile High’s unique talent.  Come shop, sip, and eat.  Plus!  Tonight, enjoy live music from Banshee Tree and Devon Parker.  No cover.

She Makes Comics busts up the “boys’ club” of the comic book world, tracing the history of women in the comics industry and in fan culture since the 1950s.  For the first time on film, female creators, fans, retailers, and scholars tell their stories in a celebration of creative passion and barrier-breaking storytelling.  After the film, enjoy a Skype Q&A with director Marisa Stotter.  Tickets run $10 – $12.

Come get happy with this FREE performance of The Parlor Pickers.

On The Cover is a live series in which bands perform their version of an influential album from start-to-finish.  For tonight’s event, Salads and Sunbeams will be covering The Sounds of Silence in its entirety.  Also performing is Winehouse (an embodiment of Amy Winehouse) and Chella & the Charm.  Tickets are $10.

Enter the rabbit hole through a multi-colored world of hats, hares, and cheshire cats!  Come dressed for the tea party and hold on tight because this party is going to be mad!  Prepare for a night filled with skating, drinking, dancing, karaoke, and ping-pong!  FREE admission between 9 – 10pm and $5 afterwards. (Or click here for a FREE pre-sale ticket, which includes skate rental.)  $2 wells between 9 – 10pm.  This event is 21+; sign your waiver ahead of time and avoid the line!

Beautiful babies of Denver, come dance it out at Denver’s favorite indie rock dance night, featuring Hollow and DJ Tower.  This is the only event where you can lose it to Neil Diamond, Bloc Party, Queen, The Supremes, Iggy Pop and LCD Soundsystem all in one night.  Plus!  To sweeten your evening, the crew will be giving away tickets to see The Replacements around midnight.  Free before 10pm, only $5 afterwards.  Life is short; go to Lipgloss.

I’ve heard so much buzz about this film that I am almost tempted to bring my baby nephews, whom I am babysitting tonight, to go see it.  Just kidding, but I do really want to see it!  Premiering in Cannes and aptly reviewed as a “teen horror movie like you’ve never seen it before,” David Robert Mitchell’s It Follows is one of the most original indie films in years and an unrelentingly creepy experience that pairs edge-of-your-seat suspense with a beautifully poetic exploration of teenage sexual anxiety, yearning, and jealousy.  Plus, Producer Laura D. Smith will be in-person at the screening.  Tickets run $7 – $10.

The Real Dill and Denver Beer Co. are teaming up again to bring you this award-winning combination.  (Please note: this combination has never actually won an award.)  There will be $10 beer & pickle flights, a bloody beer to try, and a spicy pickle eating contest – winner takes home a DBC growler & a jar of pickles!

Come by the shop to celebrate Spring, see some of the best makers in action, shop their wares, and learn more about the products and workshops offered by C&A.  There will be wheel-throwing demos, live looming (is that a term?), handmade soaps and apothecary products, as well as tasty treats from Backyard Soda Company and The Long I Pie Shop.  All ages welcome, just keep an eye on the wee ones, please.  FREE.

Comedy and friendship, all wrapped into a sketch comedy show like no other!  This month, Janae Burris, Timmi Lasley, and Mara Wiles will be wearing wigs of some sort in original sketches custom-made for your enjoyment.  Plus, tickets are only 5 bucks!

Saturday, March 21, 2015 @ 9pm: Suspect Press #6: I hope your mother will forgive you because I never will. at the Mutiny Information Cafe

Come on out for the release party of zine issue #6 by Suspect Press.  Music from The Knew and
Bass To Mouth.  Readings by Jozer, Noah Van Sciver, and Josiah Hesse.  Comedy by Chris Charpentier.  Plus!  Lots of other surprises!  Suggested donations at the door. 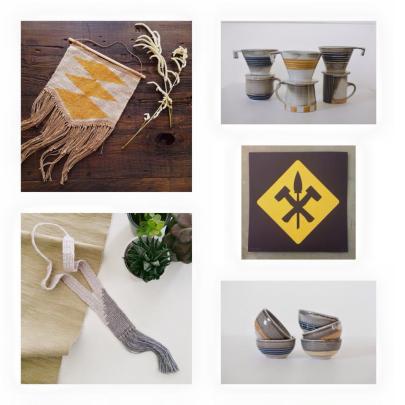 Equinox Market at The Craftsman & Apprentice

Come catch the closing night event of the Women+Film Voices Film Festival, with a screening of The Keeping Room.  Left without men in the dying days of the American Civil War, three Southern women – two sisters and one African-American slave – must fight to defend their home and themselves from two rogue soldiers who have broken off from the fast-approaching Union Army.  Guest reception is at 5:30pm; film is at 7pm.  Tickets run $20 – $25.

Got a case of the Mondays?  A FREE all-levels vinyasa yoga class in a historic building may just be what the doctor ordered.  Open your heart, unlock your emotional hips, and get the blood moving through every fiber of your body as you mentally prepare for the rest of your week.  This class is held every Monday evening; please bring your own yoga mat.  FREE.

Have you ever wondered, why do we have money?  Or kids?  Or a God?  Or police?  Or the Constitution?  The fine folks at the Warm Cookies of the Revolution have challenged Denver’s top legal (and comic) minds to argue their case against some of the things, like ‘em or not, we take for granted.  We (the People) are putting everything we hold dear on trial.  How will they stand up against a prosecution?  Show up to find out.  (Delicious cookies will also be available to take the edge off the heated debates.)  $5 suggested donation but no one turned away for lack of funds.

Come rock out with your Dewey Decimal System out.  Echo Beds perform a FREE show tonight.

Come check-out the Beauty Bar’s weekly jam, Teez Me Pleaze Me.  All the hits from the 80s, 90s, 2000s, and today!  From Prince to Little Dragon, from Madonna to Rhianna, from Cindy Lauper to Miley Cyrus  – all your guilty pleasures.  Spring is in the air, so it is time to get crunk!  $15 martini/manicure all night long, $3 well drinks for ladies, plus buy any shot and get a free PBR!  No cover. 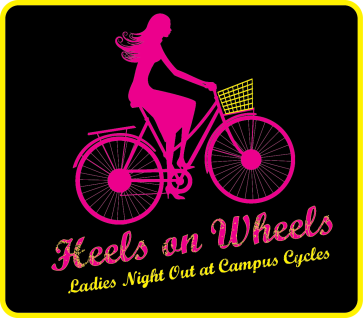 It’s ladies night at Campus Cycles!  This is a great evening for women who are interested in starting to ride, as well as women that already ride.  Come participate in a wide variety of activities, including how to fix a flat, cycling fashion, giveaways, upcoming cycling events, chats with leaders in the Metro Denver cycling community, and food and drink!  FREE.

At this month’s Nerd Nite attendees will learn about the weird history of teeth, how the simplest computational program can answer some of the greatest mysteries of the universe, and how YOU would do on the Nerd Nite stage!  That’s right, in addition to two expert presentations, two lucky audience members will have the chance to deliver five-minute presentations using humor, gumption, and surprise power point slides!  Drinks and mingles start at 6:30pm, show starts at 7pm.  Tickets are $5 in advance; $8 at the door.

Stumbling upon her father’s Hi8 tapes, a daughter discovers a world of delinquent oddballs and wino nomad-poets who dedicated their life to an absurdist art form: rock climbing.  Director Oakley Anderson-Moore and producer Alex Reinhard will be in attendance!   Free post-screening reception to follow in Henderson’s Lounge.  Tickets run $12 – $15.