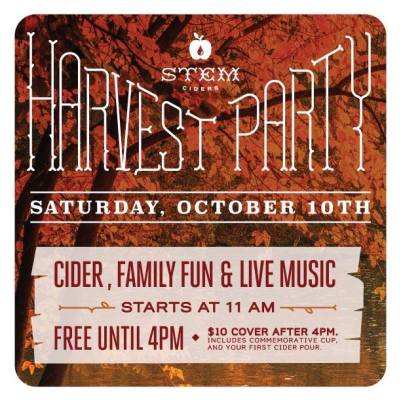 The harvest hits keep on coming. While fresh/wet hops were the key ingredient at last weekend’s Fresh Hop Festival at Falling Rock Tap House, other recently harvested ingredients made it into the equation, including Colorado’s star fruit attraction. Spangalang Brewing concocted a Brett-fermented kettle sour with Palisades peaches and Breckenridge Brewery offered up the juice of their wet-hopped 2 Planker IPA, aged with Colorado peaches.

Despite the scant 24-hour window for hops to make it from bine to kettle to be considered “fresh,” the cones came from across the state and country. And, if you’re interested in checking out a local farm that supplied some of the Humulus lupulus flower, swing by The Garden in Park Hill. They’ll be holding their final farmer’s market of the season on Wednesday, October 7, 2015  from 5 – 9pm.

If you missed this year’s Fresh Hop Festival, clear your calendar now for next year’s 11th annual celebration when Falling Rock looks to get the entire 1900 block of Blake Street shut-down in the honor of the herbaceous perennial.

Every Tuesday at their taproom in The Source, Crooked Stave taps a different sour. This week’s release is Nightmare on Brett (Batch #2) aged in Leopold Bros. whiskey barrels #Fallisuponus

The Chanda Plan Foundation, whose mission is to improve the quality of life for persons with physical disabilities, will be throwing a fundraising shindig at Declaration Brewing, with an emphasis on the fun. Tickets are $30 and include beer from Declaration and pizza from Anthony’s Pizza & Pasta.

If you’ve got a little extra cash lying around and a willing chauffeur, head up to Fort Collins for this one-of-a-kind paired-dinner. For this event, Odell has teamed up with The Farmhouse at Jessup Farm to create an eight-course vertical tasting with all eight Woodcut releases. Odell Brewing introduced the Woodcut series of beers in 2008. Every Woodcut offering is a truly limited-edition beer with a unique flavor that comes from select hops, fine malted barley and the brewer’s careful aging process. These are big beers, rarely seen on the same table unless you’ve got one of those beer mines.

For the second year running, DBC will be celebrating the harvest season at their new(ish) Canworks facility in Sunnyside. This event will feature fall beers, food trucks, bluegrass, facility tours, and all-ages entertainment. Tickets are $35 for unlimited beer and limited-edition DBC glass boot; $25 for unlimited beer.

Black Shirt is commemorating its third year in brewerydom with a very special sour, brewed in the fall of 2013 and then aged in Infinite Monkey Theorem Malbec and Leopold Bros. whiskey barrels before it was blended together. A solitary keg of this birthday brew gets tapped at 2 pm, so you best wanna come early if you want a taste of the magic. The event will also feature additional limited-release brews, new art from Tired Pirate, music by Jamdragon and Zach Heckendorf, along with food from Barbed Wire Reef #party

Stem will be tapping their seasonal chili beer as well as Banjo, Branch & Bramble, Malice, Remedy, Crabby Neighbor, Le Chene, and L’Acier at this seasonal event. A full slate of bluegrass is lined up, along with a pop-up local mini market and pig roast by Bubba Duke’s BBQ. Free before 4 pm; $10 afterwards.