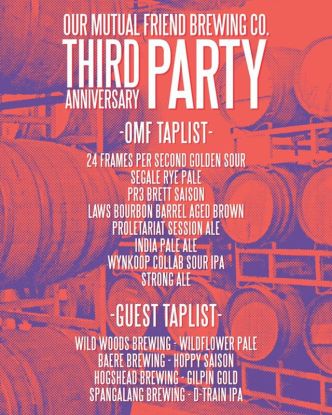 The average American will spend $882 on holiday shopping this year, adding up to a whopping $630.5 billion. That’s more than our military expenditures ($581 billion) and higher than the GDP of 181 countries. Thankfully though, self-gifting is on the rise so at least we won’t be squandering all of our hard-earned dollars on others…

This season, there are a ton of incredible gifts for the beer enthusiast on your list. You could give an American Homebrewers Association or Beer of the Month Club membership, the Beer Bible, or personalized pint glasses. Or, you could throw good taste out the window and get something highly impractical yet comical and that encourages binge drinking. Drink responsibly?

Bongzilla Beer Funnel: Like to drink but concerned that funneling alone makes you seem anti-social? Now you can funnel with friends! Does it get any more festive? With tubes for six, this is “the ultimate party fixture”. That is if you hold all of your parties in the basement of a frat house.

Triple Beverage Dispenser Backpack: Like to drink but growing weary with the constant trips to the fridge? Strap on this pack and have 355.2 ounces of beer – roughly a 30 rack – at your immediate disposal. But, beware: one reviewer notes that, “it makes you look like you have a tail.” So, you know, if you’re concerned with appearances maybe don’t strap a tubular drink-dispensing system to your back. Also available as a dual-beverage dispenser for amateurs.

Head Rush Bottle Bong: Like to drink but hate how time consuming it is? This is the “simple way to down a bottle of beer in a hurry” and is “guaranteed to get the party started with a bang.” Plus, your days of throwing money away on chugging straws are over. Take it from reviewer, “Six”: “I used to have to use a straw to chug bottles and recently found Head Rush Bottle Bong. This is way easier and way faster saves time and straws.”

Beer Bottle Puzzle: Like to drink but want to prevent others from doing so? Then this brainteaser is just the ticket. According to one review, it took two people, “most of the day on and off to figure it out.” Great for anyone you want to keep busy (and sober) for 24 hours.

And now for your less-trashy events…

Call to Arms’ founders got their start working at Avery Brewing Co. To commemorate that bond and honor one of Avery’s most venerable beers, they’re releasing “Who Let the Hogs Out,” a 13.5% Imperial Barleywine.

As part of their weekly one-off beer releases, Black Shirt will unveil a unique take on their Pale Red Rye concocted by assistant brewer, Aaron. This particular recipe includes pistachios and lavender and is slightly tweaked from earlier versions. Wong Way Veg will be providing the eats.

Named after the captain of the HMS Bounty, the 2015 edition of Blight’s Barleywine is a high ABV, barrel-aged version of Dry Dock’s HMS Bounty Old Ale. The beer will be on tap and available in bombers. Big Kiwi Eats will be serving up food.

Park Hill’s Station 26 is kicking off their anniversary bash at 1pm on Friday with the release of Second Birthday Beer, a Doppelbock. They’ll have live music and food trucks on Friday and Saturday night, along with their monthly Bluegrass Brunch at 11am on Sunday.

Our Mutual Friend brings their third-anniversary bacchanal out of the brewhouse and into Summit Music Hall. This FREE event will feature Gin Doctors (90s cover band), Dead Palms, and Hotel Bar, along with special releases and tapping of 24 Frames Per Second (GABF award-winning Golden Sour), Segale Rye Pale, PR3 Brett Saison, Laws Bourbon Barrel Aged Brown, and a Wynkoop-collaboration Sour IPA, among others. There will also be beers from Baere, Spangalang, Hogshead, and Wild Woods #party

The Wit Theatre Company brings Twelfth Flight – an original 60-minute adaptation of Shakespeare’s Twelfth Night – to Ratio. The actors imbibe before, during, and after the show so expect some bawdy buffoonery and slurred sonnets. No cover.